You are here: Home / Podcast / Climate Change And The Coronavirus | Earth Wise 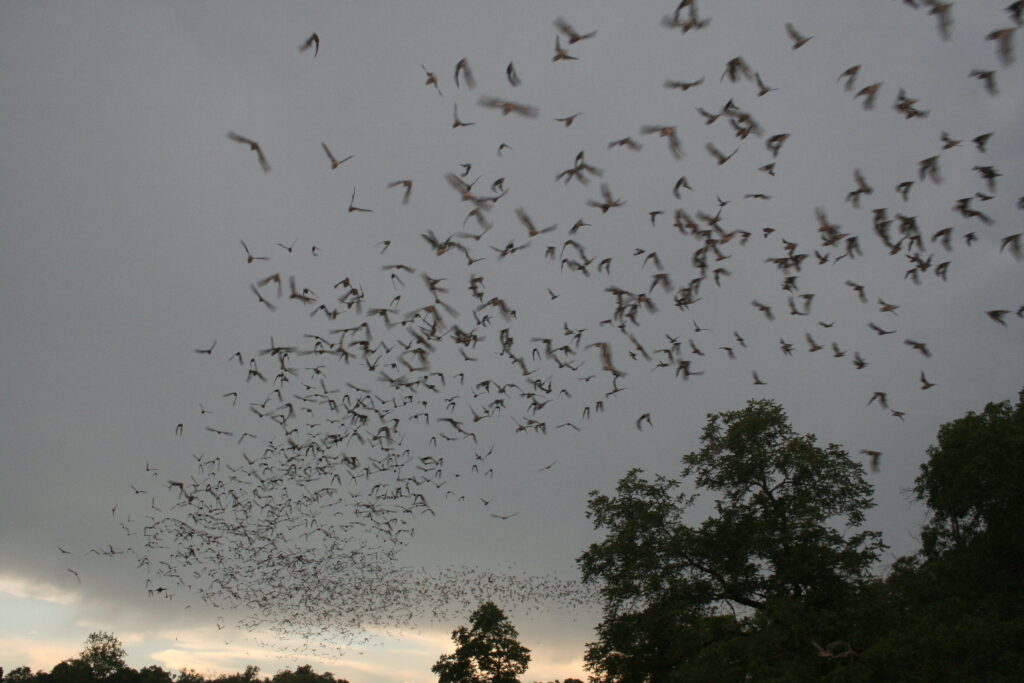 It’s no secret that our planet is heating up.  Scientists have concluded that the changing climate is primarily the result of increased human-caused (or anthropogenic) greenhouse gas emissions.  Some of the effects of global climate change include thawing permafrost, warming oceans, intensifying storms and wildfires, and rising seas.

In southern China, the surge in greenhouse gas emissions over the past century has driven the growth of forest habitat favored by bats, leading to the creation of a hotspot for bat-borne coronaviruses in that region.

According to a new study by researchers from the University of Cambridge in the UK, climate change could have played a direct role in the emergence of SARS-CoV-2, the virus that caused the COVID-19 pandemic.

The study, which was recently published in the journal Science of the Total Environment, revealed large-scale changes in the type of vegetation in the southern Chinese Yunnan province over the last century, as well as in the adjacent regions of Myanmar and Laos.  Increases in temperature, sunlight, atmospheric carbon dioxide and other climatic changes have transformed natural habitats from tropical shrubland to tropical savannah and deciduous woodland.  These changes have created ideal habitats for many bat species that predominantly live in forests.

According to the study, an additional 40 bat species moved into Yunnan province over the past century.  This is the region where genetic data suggests SARS-CoV-2 may have arisen.  Each bat species harbors an average of 2.7 coronaviruses.

The researchers urge policymakers to acknowledge the role that climate change plays in outbreaks of viral diseases and to work together to reduce global greenhouse gas emissions.

Climate change may have driven the emergence of SARS-CoV-2