You are here: Home / Podcast / Can We Stop A Hurricane? 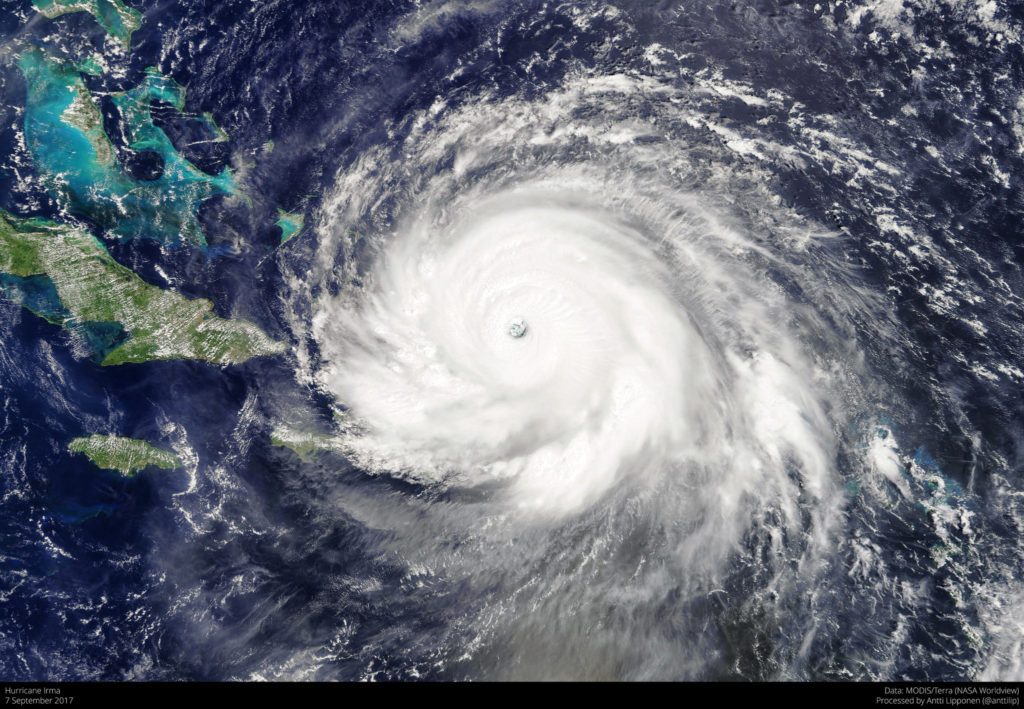 This has been a particularly terrible hurricane season.   Harvey, Irma, Jose, Maria, and Nate all formed in the Atlantic and headed for North America. People in Houston, Florida, all over the Caribbean, and especially Puerto Rico are trying to recover from the effects of these powerful storms.

The changing climate has amplified the risks of more powerful hurricanes, in part by warming the tropical sea surface that provides their energy.  With hurricane seasons like this one becoming increasingly likely, it is no surprise that many people are wondering whether there might be ways to weaken or destroy hurricanes.  Could we drag icebergs into their path?  Cover the sea with something to prevent evaporation?  Nuke the hurricanes?

There are less outlandish ideas for meddling with hurricanes.  There are schemes for cooling the entire planet – so-called geoengineering proposals – that might well weaken Atlantic hurricanes.  But there would likely be far-ranging and possibly catastrophic side effects.

There is an approach called marine cloud brightening, which is a form of local cloud seeding that might lead to cooler seas below. There is also the possibility of making the sea itself more reflective rather than the clouds above it.  The idea would be to have ships pumping microscopic bubbles into their wakes along tropic storm tracks to cool the water.  Or it might be possible to cool the sea by stirring it, mixing the warm water with cooler water from below.

The problem with all such ideas is embodied in the question:  what could possibly go wrong?  The answer is:  all kinds of things.  Trying to suppress hurricanes could actually make their formation more likely, or perhaps just move them somewhere else in an unpredictable way.  We would like to be able to control hurricanes, but it is a risky business.

Can We Engineer a Way to Stop a Hurricane?

‘Can We Stop A Hurricane?’  from Earth Wise is a production of WAMC Northeast Public Radio.