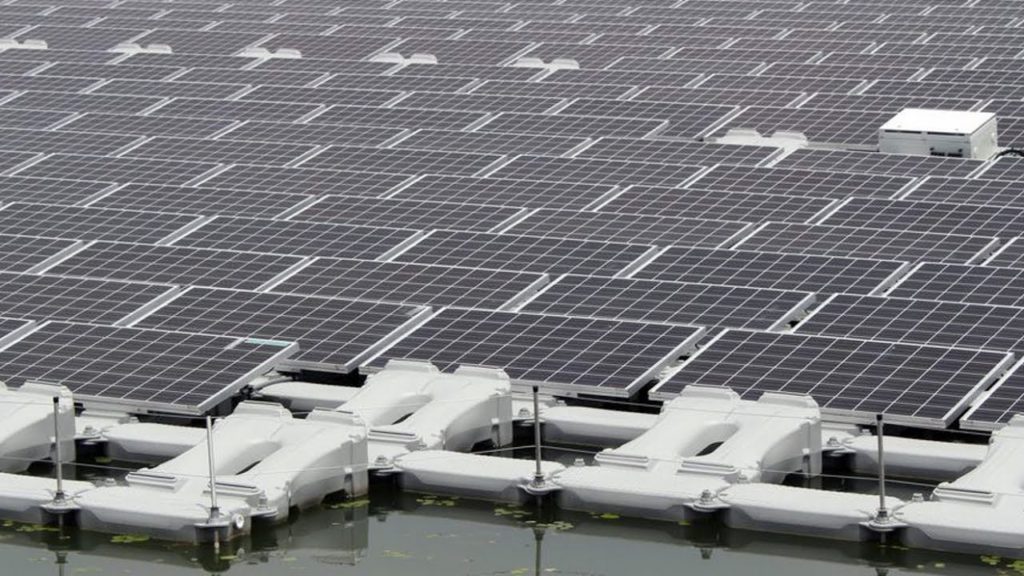 The world’s largest floating solar power plant is now operational and connected to the electric grid in China.   It is a 40-megawatt facility and floats in water 13 to 30 feet deep in a lake that was created by a former mining operation.

The former coal mine caused the collapse of surrounding land, creating a cavity that eventually filled with rainwater forming a lake.  Because of the coal mining operations, the water in the lake became extremely mineralized and useless.   But by constructing the solar power plant, authorities have managed to repurpose the area for something green and useful.

The water in the lake is of no value to people, but it does enhance the solar power plant by helping to cool down the system, which improves power generation and prevents damage from heat.

In general, floating power plants avoid using land that otherwise might be occupied by people or used for agricultural purposes.  The floating solar installations help reduce water evaporation in reservoirs where they might be installed.  Especially in a crowded country like China, generating power without using up valuable land in populated areas is a good thing.

China has been considered one of the worst polluters in the world, but that country is now active in renewable energy technologies.  They have previously installed other floating solar plants as well as a 10-square-mile land-based solar facility touted as the largest solar power plant on earth.  Successful installations like these will help to further lower the cost of solar power systems bringing the price of solar power below that of coal, which will help China move away from polluting coal power plants.