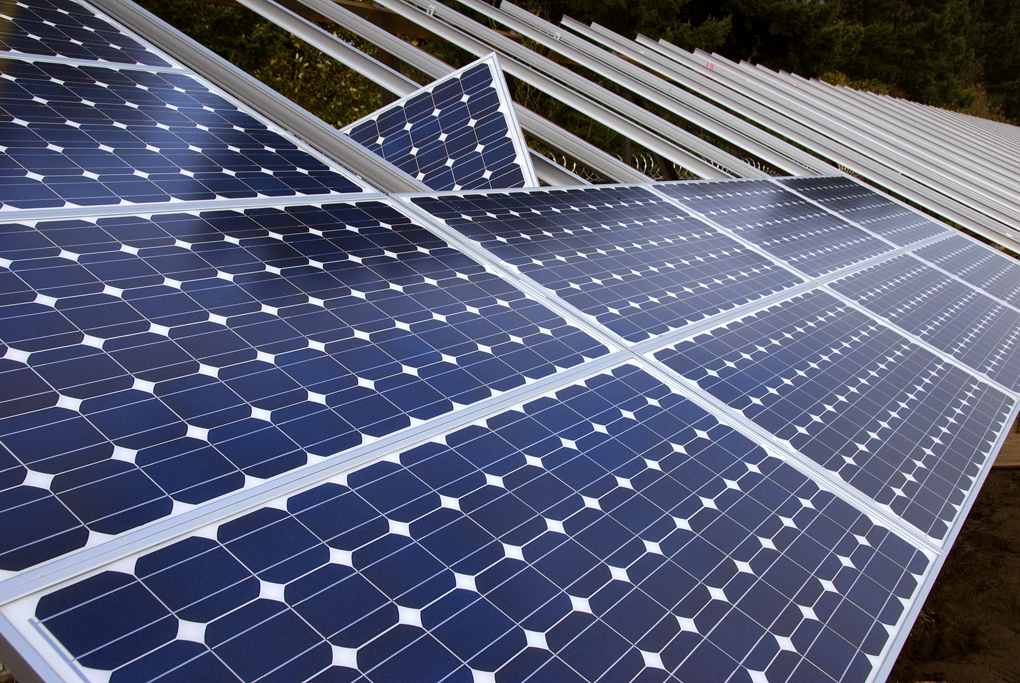 Community solar is a cooperative enterprise in which customers can make use of the output of a large local array of solar panels when they are not able to install a solar power system on their own property.  The customers of a community solar system can offset as little or as much of their electrical usage as they want by participating in a community solar program.

The popularity of community solar is growing in many places around the country and the first such system has now come on line in New York’s Capital Region.  A new solar farm in a former Rensselaer County hayfield is helping to power buildings in the Albany City School District and in more than two dozen private homes and apartments.

The 1,200 solar panels are installed in a five-acre field in Pittstown, New York.  Owning a share of the array is basically like buying a car.  Customers pay for their share of the solar array with fixed monthly payments in the range of $100 to $150 over a period of five to nine years.  Once the contract is paid off, the customer essentially has no power bills going forward.  There is a small annual maintenance fee paid to Monolith Solar, which built and operates the system.  The fee covers property taxes, maintenance and any potential repairs.

The Albany City School district owns half of the solar farm and the farm will save the school district about $75,000 a year on its electric bill.

Monolith owns about 40 such facilities in New York State.   Other community solar projects are on the drawing board elsewhere, including a four-megawatt array planned for a capped former municipal landfill in Kingston.

Field Changing From Hay to Electrons