You are here: Home / Air and Water / Wind Surpasses Water 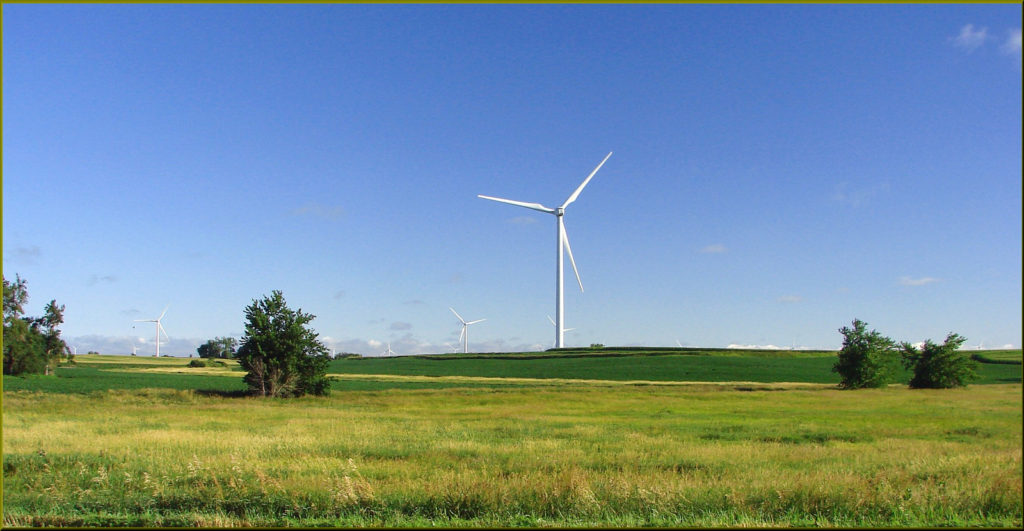 The total installed wind power capacity is now more than 82 gigawatts, exceeding the 80 gigawatts of installed hydroelectric capacity.  Wind overtook hydro with the installation of nearly 7 gigawatts of new wind power in the last three months of 2016, making it the second biggest quarter ever.

In total, 47 wind projects were commissioned in the 4th quarter in 19 states.  Texas led the way with 1.8 gigawatts of new wind power, followed by Oklahoma, Kansas, North Dakota, and Iowa.

The growth in wind power is continuing.  According to the American Wind Energy Association, there are about 18 gigawatts of additional wind capacity in the development pipeline, representing about $60 billion in investments over the next six years.

Major corporations are committing to renewable power.  Amazon is powering its operations in North Carolina with the Amazon Wind Farm U.S. East.  General Motors already gets half of the power in its Arlington, Texas factory from wind and plans to get all of it from wind by 2018.

There are now wind farms in 41 states, so it is an energy source that is becoming widely used throughout the country.

Looking ahead, the logjam in offshore wind projects in the United States appears to have been broken with the first installation off the coast of Rhode Island.  The first major project off the New York coast has been approved and more are in the pipeline.  The winds of change are clearly blowing strongly.