You are here: Home / Air and Water / Turning Carbon Dioxide Into Rock 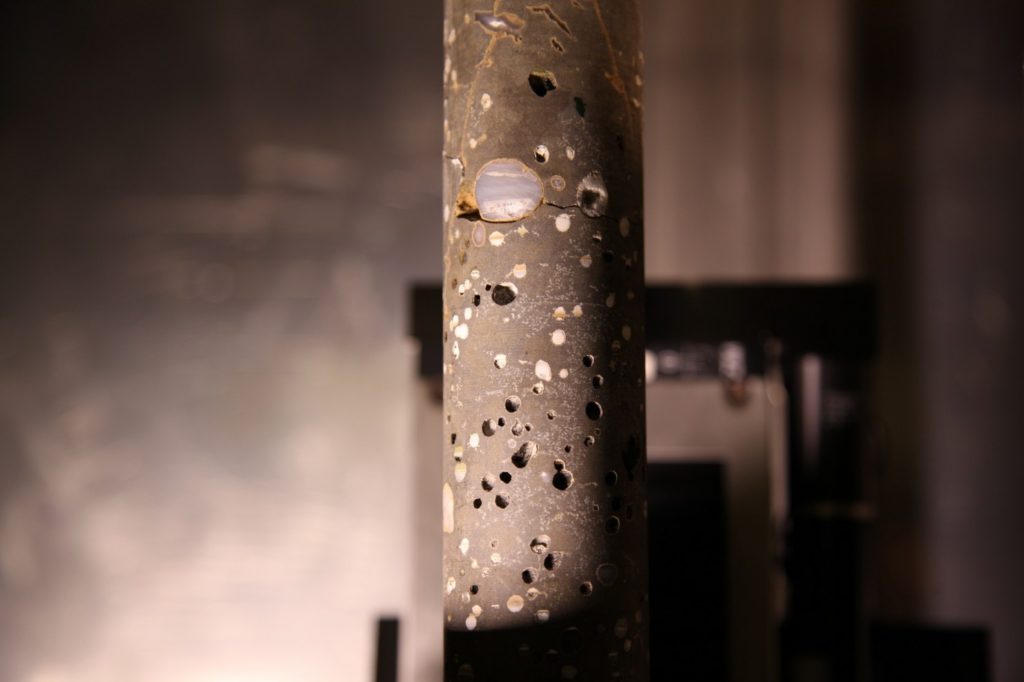 There is a lot of interest in figuring out a way to store carbon dioxide produced from industrial processes and energy plants or even sucking it out of the atmosphere and then storing it.   The problem is where exactly to put the stuff and how to make sure that it stays there.

Two research groups are both reporting very encouraging results on getting CO2 to react with basalt rock and turn into carbonate rock.

The Carbfix project in Iceland successfully injected 250 tons of carbon dioxide, dissolved in water, into an underground repository of basalt rock.  Over a two-year period, the CO2 didn’t just stay put; it became one with the basalt, turning into carbonate.

A group at the Pacific Northwest National Laboratory also tested injecting carbon dioxide into basalt rock.  They used carbon dioxide in its fluid, supercritical form, which is most likely how it would be transported and received from industrial facilities.   After two years, they also definitively proved that the CO2 had indeed turned into a carbonate rock known as ankerite.

In effect, the two research groups showed that it is possible to greatly speed up the natural geological process known as weathering, in which carbon dioxide very slowly becomes locked away in rock layers.

This is a big deal because there are many efforts underway to try to store carbon dioxide and prevent it from entering the atmosphere, but most face the risk of possible compromise where the gas would escape.   Turning it into stone is a permanent solution.  If it can be done on a large enough scale, this provides a viable option for what to do with carbon dioxide rather than dumping it into the atmosphere.

They may save us yet: Scientists found a way to turn our carbon emissions into rock

‘Turning Carbon Dioxide into Rock’ from Earth Wise is a production of WAMC Northeast Public Radio.