You are here: Home / Air and Water / Renewable Energy As Art 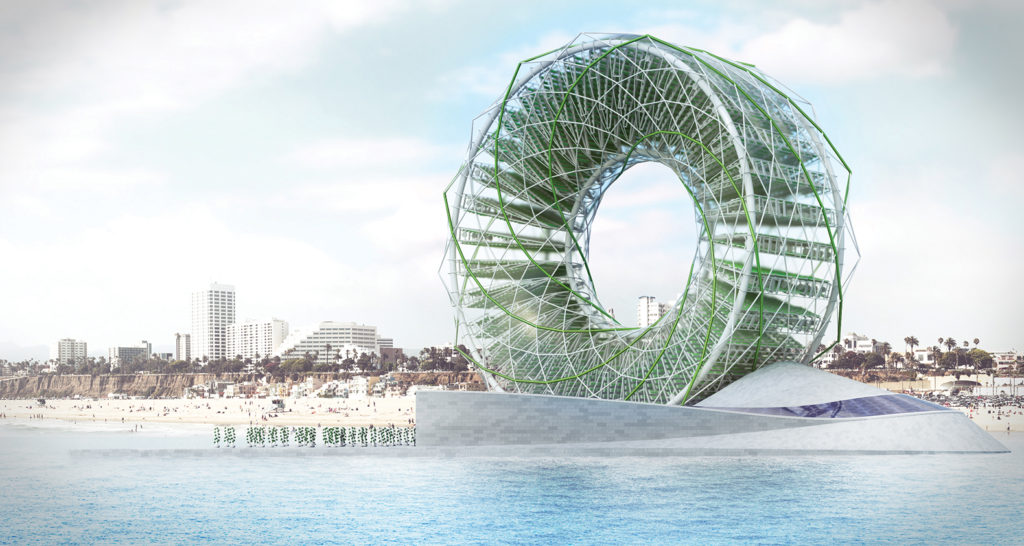 A sustainable design competition known as the Land Art Generator Initiative is challenging artists and architects to create artwork that can both generate renewable energy and enlighten the public on environmental issues.  Entrants have to come up with build-able designs that produce renewable energy and “add value to public space, inspire and educate.”

The competition is an example of ways cities are trying to incorporate sustainable technologies into their infrastructure.  The submissions to this year’s biennial competition were all designed to operate in the waters off Santa Monica Pier in Southern California.  They make use of wind, waves and the sun to generate electricity.   Santa Monica suffers from the drought that is plaguing much of the western U.S., so a number of the designs also incorporate desalination technology.  The designs range from whimsical to otherworldly.

It is unclear if any of these concepts will actually be built, but if any of them was, it would be a beautiful and useful addition to the Santa Monica beachfront.

‘Renewable Energy as Art’ from Earth Wise is a production of WAMC Northeast Public Radio.