You are here: Home / Economy and Policy / Dehorning Rhinos 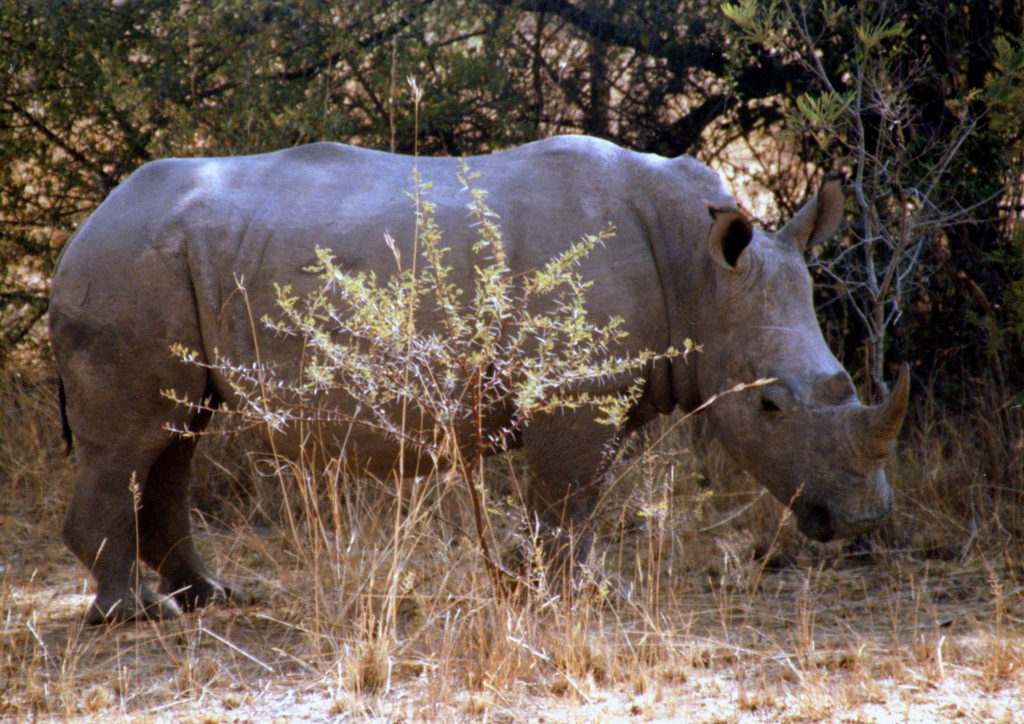 But rhino poaching is as big a problem as ever.  Poachers killed a record 1,305 rhinos in Africa last year, including 50 in Zimbabwe.  Despite a 40-year old international ban on buying or selling rhino horn, there is a still a large illicit market for the substance, which is a prized traditional medicine in Asia where it is thought to boost virility and even cure cancer.

Zimbabwe has now decided to remove the horns from the more than 700 rhinos in the country by the end of the year.  They want to send a message to poachers that they will not be successful if they come to Zimbabwe for rhino horn.

Dehorning rhinos is dangerous and expensive.  The animals are shot with tranquilizer darts from a hovering helicopter.  This is occasionally fatal because of excess dosage or because of underlying health problems in the rhinos.  The sedated animal is then blindfolded and its horn painlessly removed with a chainsaw.   The horn will grow back.  In fact, after only four or five years, the process would have to be repeated.

This is not a desirable thing to do, but the alternative is to see these animals destroyed by poachers.  Rhino horn powder is so desirable in some places that organized crime rings can net about $150,000 for an average rhino horn.   Removing them gives the animals a fighting chance to survive.

‘Dehorning Rhinos’ from Earth Wise is a production of WAMC Northeast Public Radio.