You are here: Home / Air and Water / A Water Superpower 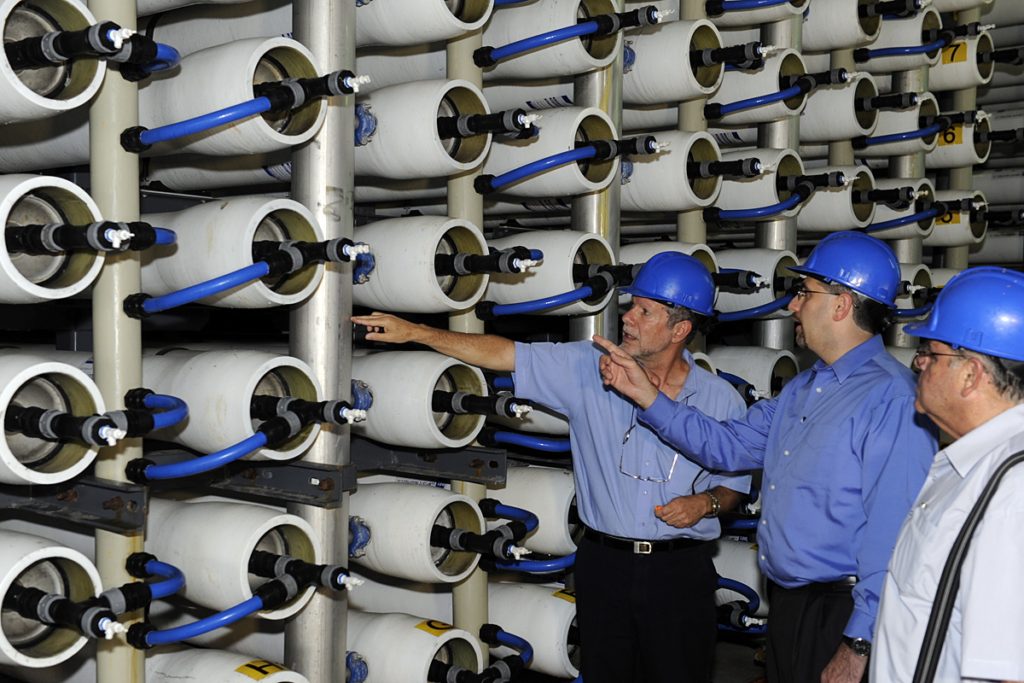 In 2008, Israel was on the verge of catastrophe.  A decade-long drought in the Fertile Crescent of the Middle East was scorching the area.  Israel’s largest source of fresh water, the Sea of Galilee, had dropped to within inches of the so-called black line at which point irreversible salt infiltration would flood the lake and ruin it forever.

Next door in Syria, the situation was even worse.  As a result of the drought there, Syria’s farmland collapsed in an epic dust storm.  The million displaced farmers were a major contributing cause of the unrest that eventually swept the country.

Meanwhile, today Israel has more water than it needs.  A combination of innovative water conservation efforts and advanced desalination technology transformed the country from one burdened by drought to one that has a surplus of fresh water.

The crowning jewel of Israel’s water resurgence is the Sorek Desalination Plant, the largest reverse-osmosis desalination plant in the world.  While that technology is criticized for being expensive and energy-intensive, the advanced design and materials in the plant have been described by industry experts as the cheapest desalination plant on record.

The Sorek plant, 3 others, and more coming on line soon will provide about half of Israel’s fresh water by the end of this year.  Add to that Israel’s aggressive water recycling programs and its extensive use of drip irrigation and the tiny country has now become the global water superpower.

The Israeli company that built the major desalination plants has now completed a huge plant in Carlsbad, California and has many more in the works.  With increasing droughts in the Middle East, there is a real possibility for Israel to pursue water diplomacy with its neighbors in the future.

‘A Water Superpower’ from Earth Wise is a production of WAMC Northeast Public Radio.