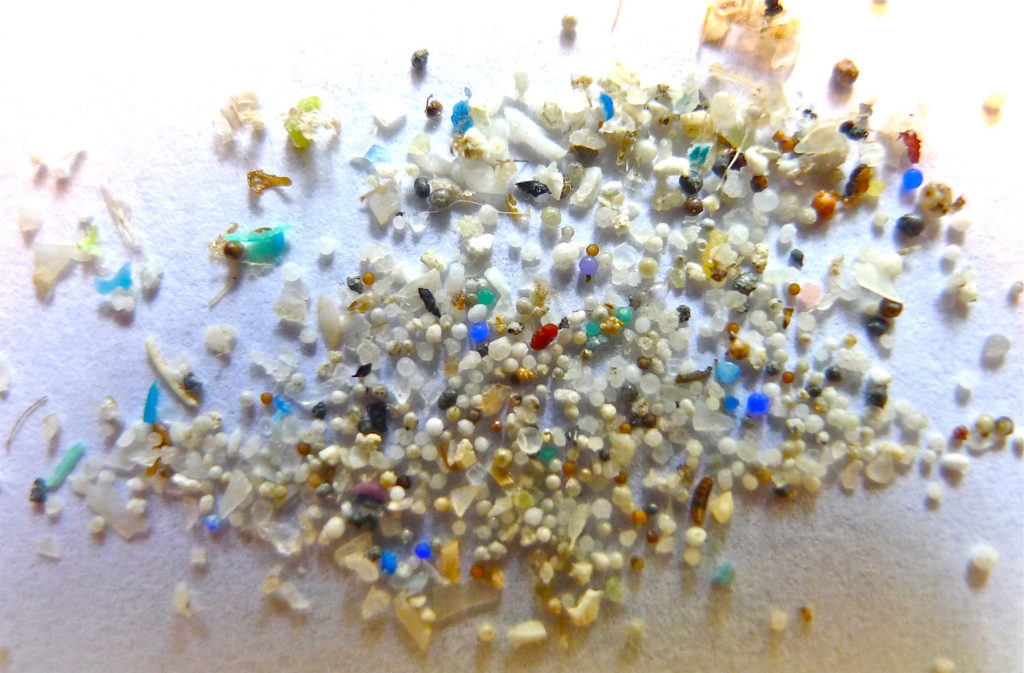 We have talked before about the increasing problem of microplastics polluting the oceans.  Much of the small plastic particles result from the breakdown of plastic litter such as plastic bags, packaging and other materials.  Another source is microbeads, which are often found in health products such as face scrubs and even some toothpastes.

It is well-known that marine wildlife such as fish and birds are ingesting these materials in increasing amounts.   Recently, researchers from Uppsala University in Sweden looked at some of the specific effects of plastics on fish.  Among other things, they found that the hatching rate of perch eggs dropped by 15% in the presence of large amounts of plastic and the perch that did hatch tended to be slower and smaller.

Perhaps most troubling is that many juvenile fish actually prefer to feed on plastic particles rather than the zooplankton that is their normal diet.   It appears as if there is a chemical or physical cue in the plastic that triggers a feeding response in fish.  Researchers likened the situation to the urge teenagers have to eat fast food.  The presence of microplastics has tangible effects on the behavior and development of young fish.

This latest research demonstrates the ongoing impact of plastic pollution in the ocean.   Ocean fish are an important component of our own diets and taking action on the microplastic pollution problem is imperative for many reasons.

Not So Healthy: Young Fish Eat Microplastics Like Fast Food