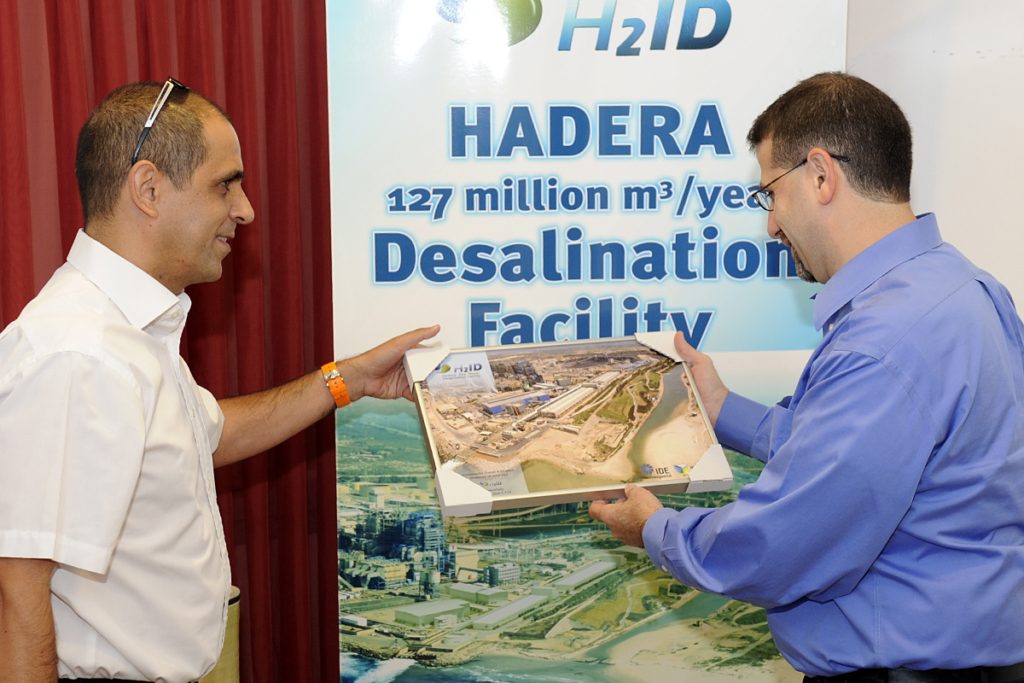 According to a report from the International Food Policy Research Institute, more than half the world’s population will be at risk of water shortages by 2050 if current trends continue.  As the climate continues to change, severe droughts are becoming increasingly commonplace.

As a result, there are hundreds of desalination plants planned or under construction around the world.  In California, a new, $1 billion plant north of San Diego will produce 54 million gallons of fresh water a day.  The huge Sorek plant in Israel can produce more than 160 million gallons a day.

There is virtually unlimited salt water to supply these plants.  The problem with present desalination technology is that it is energy-intensive and most of energy used to create fresh water comes from burning fossil fuels, which ultimately worsens the problem of drought.   Saudi Arabia, for example, gets about 60% of its fresh water supply from desalinating seawater and uses about 300,000 barrels of oil every day to do it.

Solar energy is the most promising way around the problem.  A gigantic solar energy park in Dubai is bringing on a desalination plant powered entirely by solar panels and batteries.   The plant is tiny on the scale of some of the giant facilities we already mentioned; it will only produce 13,000 gallons of drinking water a day.

Making fresh water this way is not yet very cost-competitive, but the costs are coming down and the advantages are significant.

‘Solar Power and Drinkable Water’ from Earth Wise is a production of WAMC Northeast Public Radio.