You are here: Home / Our Environment / Wildlife Adapting To Cities 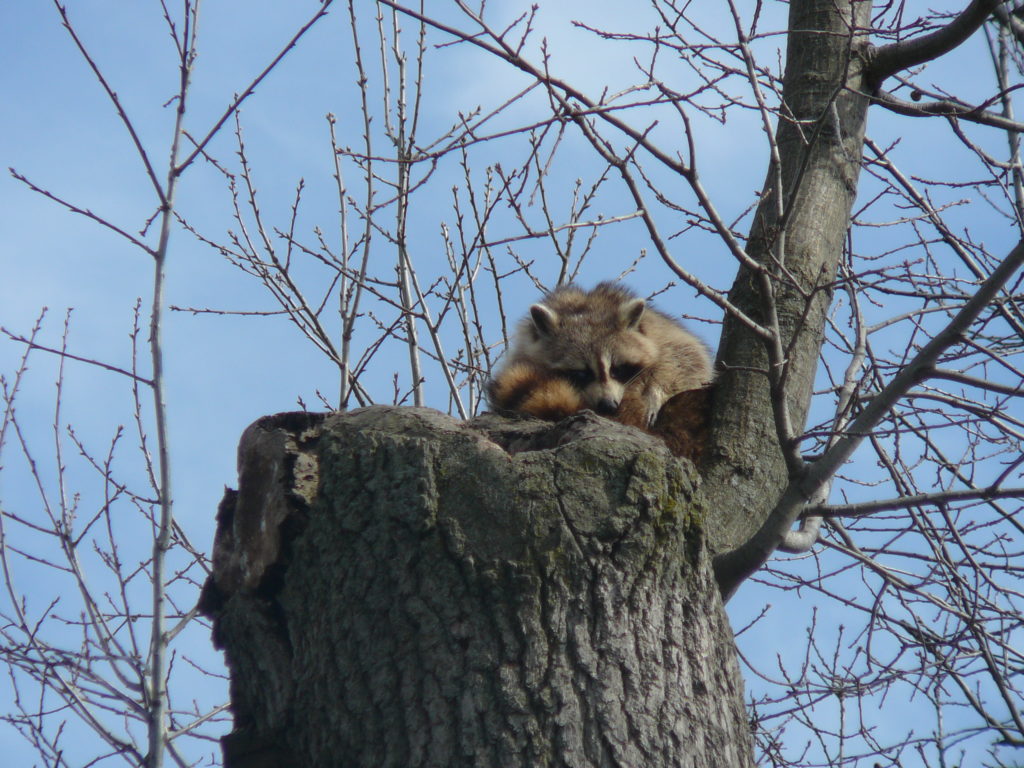 By the year 2030, two-thirds of humanity will live in cities— but we are not alone. Cities are filled with food and natural predators are scarce, so many creatures have moved in with us.

Urban animals adapt their lifestyles to suit ours.  They learn to live in smaller spaces, they become active at night, when people aren’t around, and they even figure out how to avoid getting hit by cars.  They develop skills that enable them to thrive in cities.

Coyotes have spread into nearly every corner of the U.S. in the past few decades—even in the Bronx. In downtown Chicago, a coyote couple raised a litter of five healthy pups inside a secret concrete den in the parking lot of Soldier Field Stadium, home of the Chicago Bears.

A researcher at York University in Toronto set up problem-solving experiments for raccoons at various rural and urban sites—usually in people’s backyards. The most difficult test required a raccoon to pry a lid off a trash can sealed with a bungee cord to get a free meal.  The research focused on 22 urban raccoons and 22 rural raccoons. The results were that none of the rural raccoons could get into the trash can while 80 percent of the city animals did.

Ants in New York city eat mostly human food, and they’re especially adept at mobilizing their large colonies to nab the pizza crusts, cookies, and the like that people drop—sometimes within seconds of the food hitting the ground.  Just along Broadway, for instance, pavement ants may eat an astonishing 2,100 pounds of junk food in less than a year.

We think of wildlife as only living in the wild, but increasingly, they are with us in our cities.

How Wild Animals Are Hacking Life in the City

‘Wildlife Adapting to Cities’ from Earth Wise is a production of WAMC Northeast Public Radio.