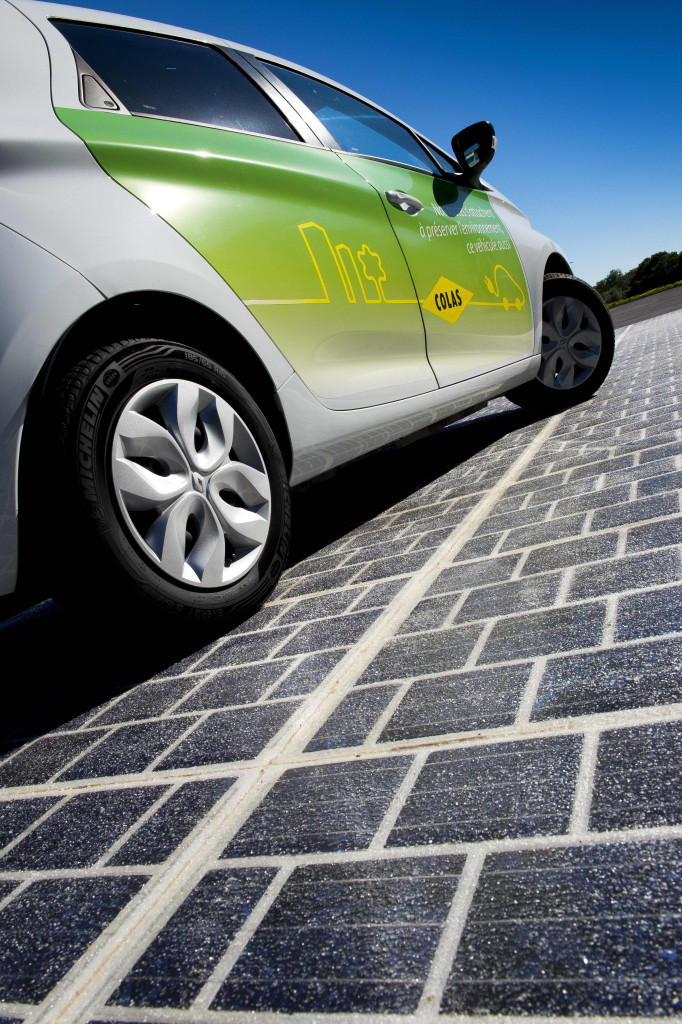 France’s roadways are known both for their historic cobblestone streets and infamous traffic jams.  But French officials recently decided to forgo the traditional brick and pavement in order to capitalize on all the vehicle traffic.

What’s their goal?  A power-producing solar roadway.  Officials in France said the planned 1,000-kilometer-long solar roadway – dubbed the ‘Wattway’ – will generate enough electricity to power up to 8% of French homes (or furnish about 5 million people with electricity).  The existing roadways will not need to be torn up; the solar panels will simply be glued on top of the existing infrastructure and will be durable enough to withstand heavy traffic and poor weather.  The project, which is a collaboration between Colas (a transportation infrastructure company) and the French National Institute for Solar Energy, will take about five years to complete, and tests for the road will begin this spring.

Despite being known for their traffic, roadways in France are actually only occupied by vehicles 10% of the day, leaving the solar roadway with plenty of time to gather the sun’s energy.  Along with powering millions of homes, officials hope the Wattway will also power street lights, traffic lights, and even electric cars.

France won’t be the first to install a solar roadway.  The Netherlands installed a 70-meter solar bike path in 2014, and an American engineer has raised more than $2.2 million through crowdfunding to bring solar roadways to the United States.

More innovations like the solar roadway that can transform our current habits into clean, renewable energy are necessary to make progress in the fight against climate change.

France’s Road of the Future Is Paved With Solar Panels

Photo courtesy of Wattway By Colas.

‘Solar Roadways’ from Earth Wise is a production of WAMC Northeast Public Radio.