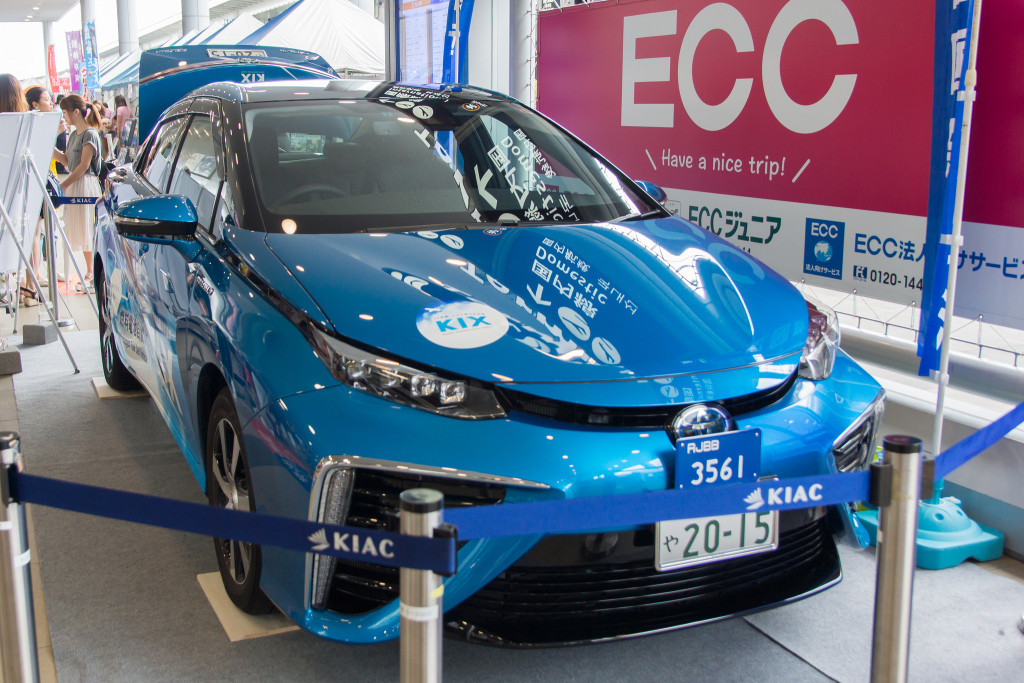 Japan is a country seeking energy independence as well as environmental credibility.  It has grappled with nuclear disaster at Fukushima and is currently the sixth largest emitter of greenhouse gases in the world.

Increasingly, Japan is embracing the notion of a “hydrogen-based society”, where fuel cells power cars, homes and office buildings, emitting only water vapor as emissions.  According to Japan’s Prime Minister, Shinzo Abe, hydrogen is the energy of the future.

Japan has had an active hydrogen program since 2009, equipping more than 100,000 homes with hydrogen fuel cells.  The refrigerator-sized units generate electricity for the home using hydrogen extracted from natural gas.   The units produce enough power to cover about half the energy demand for an average family.  A byproduct of the fuel cell is excess heat, which is used to supply the homes with hot water.  Japan plans to equip 1.4 million households with these fuel cells by 2020 and over 5 million by 2030.

Japan is also leading the way in the automotive sector, with its major auto manufacturers introducing the first production hydrogen cars in the world.  The Toyota Mirai and the Honda Clarity are both entering the U.S. market this year.

On the industrial scale, Kawasaki Heavy Industries Limited is joining with partners to set up a hub for imported liquefied hydrogen in western Japan by 2020.  They plan to import hydrogen from Australia, where Japanese company Electric Power Development Company is developing hydrogen production technologies.

Hydrogen is a clean fuel in combustion, but making it from natural gas or other hydrocarbons produces carbon emissions.  Clean ways to produce hydrogen that are economically attractive is the next big step in the evolution of a hydrogen-based society.