You are here: Home / Climate Change / Fir Trees And Butterflies 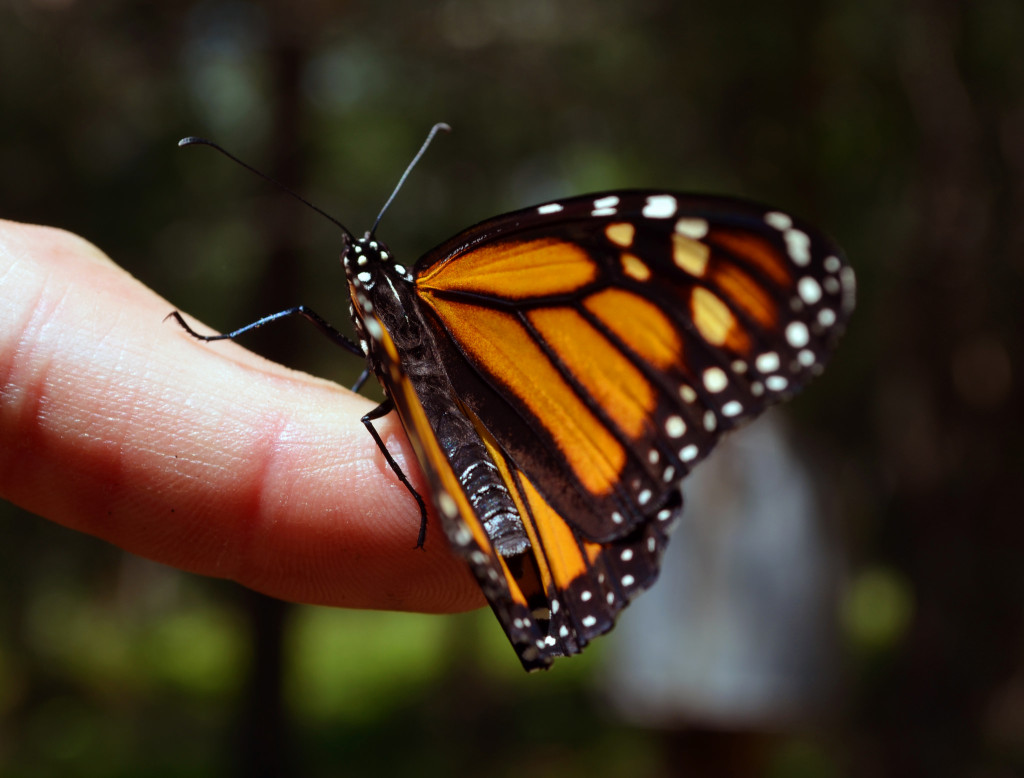 We have done a number of stories about the sad state of the monarch butterfly and how their numbers have dropped from a billion to only 33 million as of a couple of years ago.  Biologists in the U.S. have been trying to restore the summer habitat of the butterflies by urging the planting of milkweed, which is the primary host plants for monarch butterfly caterpillars.

Starting in September and October, monarchs migrate from southern Canada and the United States to overwintering sites in central Mexico where they arrive around November. They start the return trip in March, arriving around July. No individual butterfly completes the entire round trip; female monarchs lay eggs for the next generation during the northward migration and at least five generations are involved in the annual cycle.

The monarchs spend their winters huddled together by the thousands on oyamel fir trees in the Monarch Biosphere Reserve, where the trees’ dense foliage protects the butterflies from cold and rainy nights.  The numbers of these trees have already been reduced by deforestation, but more recently, the warming climate has subjected these high-altitude conifers to warmer, drier conditions and they are being seriously damaged.

Mexican scientists are planting oyamel fir seedlings at higher altitudes in the reserve –at over 11,000 feet – where conditions are better for the trees.  As the temperature in the reserve rises, the amount of habitat that meets the firs’ needs shrinks.  Eventually, trees may have to be planted on peaks more than 100 miles away to create a suitable place for the butterflies.

This whole business of “assisted migration” is controversial.  Once considered radical and impractical, it may be the only way to preserve threatened species in a changing world.

To Protect Monarch Butterfly, A Plan to Save the Sacred Firs

Photo, posted July 4, 2014, courtesy of the USFWS Midwest via Flickr.

‘Fir Trees and Butterflies’ from Earth Wise is a production of WAMC Northeast Public Radio.