You are here: Home / Air and Water / De-Icing Roadways 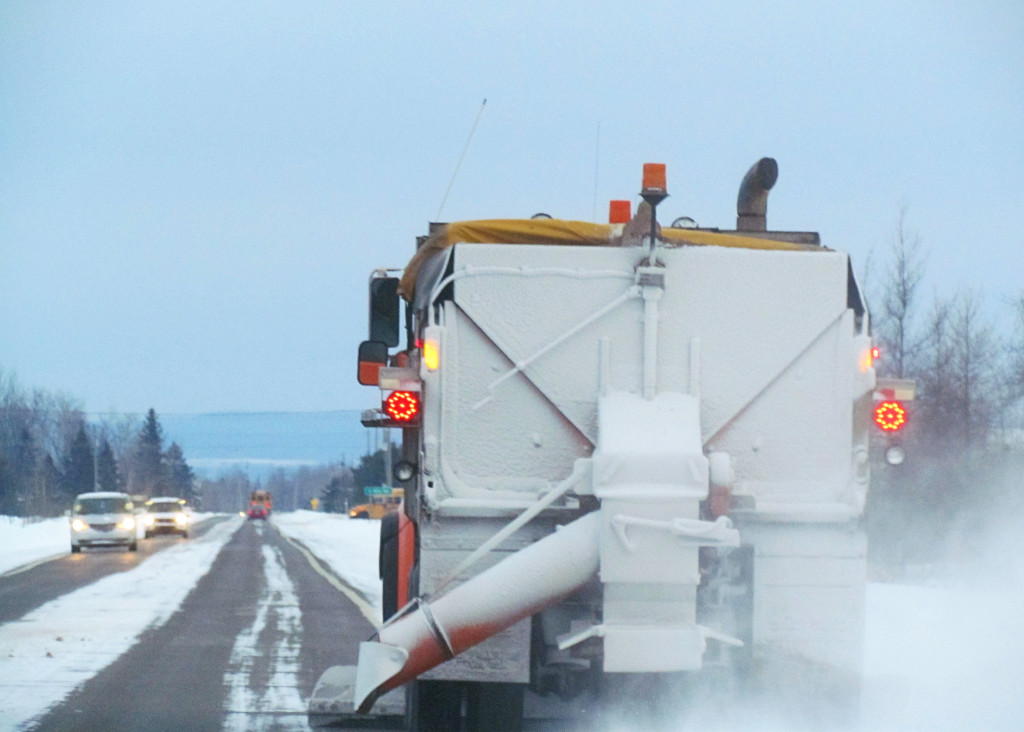 There are a variety of alternative de-icers on the market, including chloride-based salts, acetate-based de-icers and agricultural byproducts, but each of these has their own shortcomings.   Could the best environmentally-sensitive de-icing technique be a material component of the concrete itself?

Researchers at the University of Nebraska-Lincoln have created a new form of concrete that can melt snow and ice away on its own.  The designer of the futuristic concrete, UNL professor Chris Tuan, said the secret is that the steel shavings and carbon particles – which make up only about 20 percent of the concrete mixture – can conduct electricity in order to melt ice and snow.  The concrete costs about $300 per cubic yard (compared to $120 per cubic yard of regular concrete) and works by connecting the de-icing slabs to a power source.

Tuan recently told the Huffington Post that this “de-icing concrete is intended for icy bridges, street intersections, interstate exit ramps, and (other places) where accidents are prone to take place.”

A bridge in Nebraska was inlaid with 52 slabs of this de-icing concrete in 2002.  Researchers say it’s functioned properly ever since.  Tuan and his team hope to next demonstrate the success of the technology to the Federal Aviation Administration for use in tarmacs.

More alternative de-icing innovations like this one are desperately needed in order to reduce the amount salt applied to our roadways.

‘De-Icing Roadways’ from Earth Wise is a production of WAMC Northeast Public Radio.