You are here: Home / Climate Change / Primates And Toucans As Climate Allies 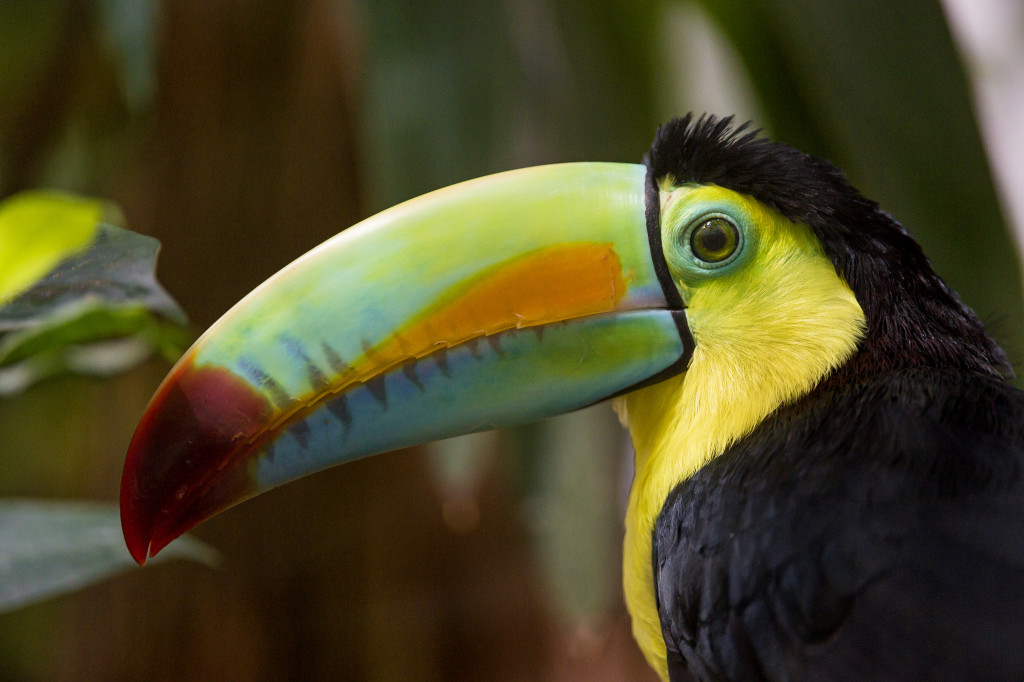 A new study, published in Science Advances, documents how large fruit-eating animals are essential to dispersing the seeds of large tropical hardwood trees. These trees are more efficient at capturing and storing carbon dioxide from the atmosphere than their smaller, softwood counterparts.

The research team investigated some 2,000 tree species in Brazil’s Atlantic Forest, and more than 800 animal species. Fruit-eating animals spread tree seeds via their digestive tracts – so it makes sense that large seeds need to travel through large bodies.

Their analysis found that small animals, like bats and marsupials, were only efficient at dispersing the seeds associated with small, softwood trees. Large, tropical hardwoods relied on large-bodied frugivores, like primates, toucans, and tapirs. These animals are already in decline due to habitat loss, hunting, and trapping.

Contributor Carolina Bell of São Paulo State University notes, “when we lose large frugivores we are losing dispersal and recruitment functions of large seeded trees and therefore, the composition of tropical forests changes.” This can result in a forest dominated by smaller softwood trees that store less carbon.

Intergovernmental policies aimed at reducing carbon emissions from tropical countries have focused on deforestation and, to a lesser extent, timber extraction. The authors highlight the need to also account for vertebrate populations, as the loss of large fruit-eating animals threatens the future of tropical forest carbon storage.

Photo, posted February 22, 2014, courtesy of Tambako the Jaguar via Flickr.