You are here: Home / Agriculture / Solar Power As A Crop 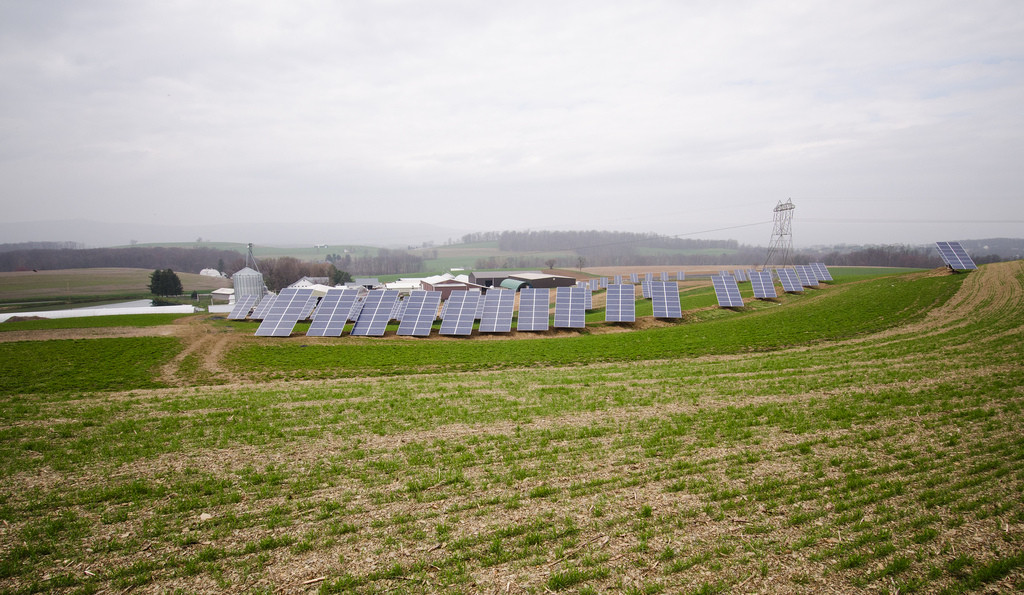 The historic, relentless drought in California has caused a number of the state’s farmers to start planting photovoltaic panels instead of crops.  Because of the drought, Federal water deliveries to farmers in the Central Valley and elsewhere have been dwindling.   As a result of the water shortage, more than 500,000 acres will lie fallow this year.

Farmers who previously could use their land to grow almonds that yield 2,000 pounds per acre and $4 a pound, are seeing their land languish.  So many are signing leases to install solar panels on their acreage.   The income doesn’t compare to a cash crop like almonds, but it is steady and provides financial stability.

At this point, almost a third of California’s largest solar facilities stand on croplands or pastures.  In some cases, the solar farms make good use of spent farmland.  For example, the Westlands Solar Park sits on 24,000 acres that once produced lettuce, beans, garlic, and other crops.  However, that land is now unfarmable as a result of salt contamination.

In other cases, solar farms are keeping valuable agricultural land from being used to grow crops.   But on the positive side, the solar installations do not harm the underlying land.  It can be reclaimed to grow crops when solar leases expire.  Whether climate conditions will allow this to happen is anyone’s guess.  In any case, putting solar farms on agricultural lands is less of a threat for ecosystems since the land has already been disturbed by human activity.

California’s extended drought coupled with its commitment to renewable energy has created a unique situation whose ultimate resolution is hard to predict.

Could Solar Energy Be California’s Next Cash Crop?

Photo, posted April 20, 2011, courtesy of the U.S. Department of Agriculture via Flickr.

Solar Power As A Crop