You are here: Home / Agriculture / Scraping The Bottom 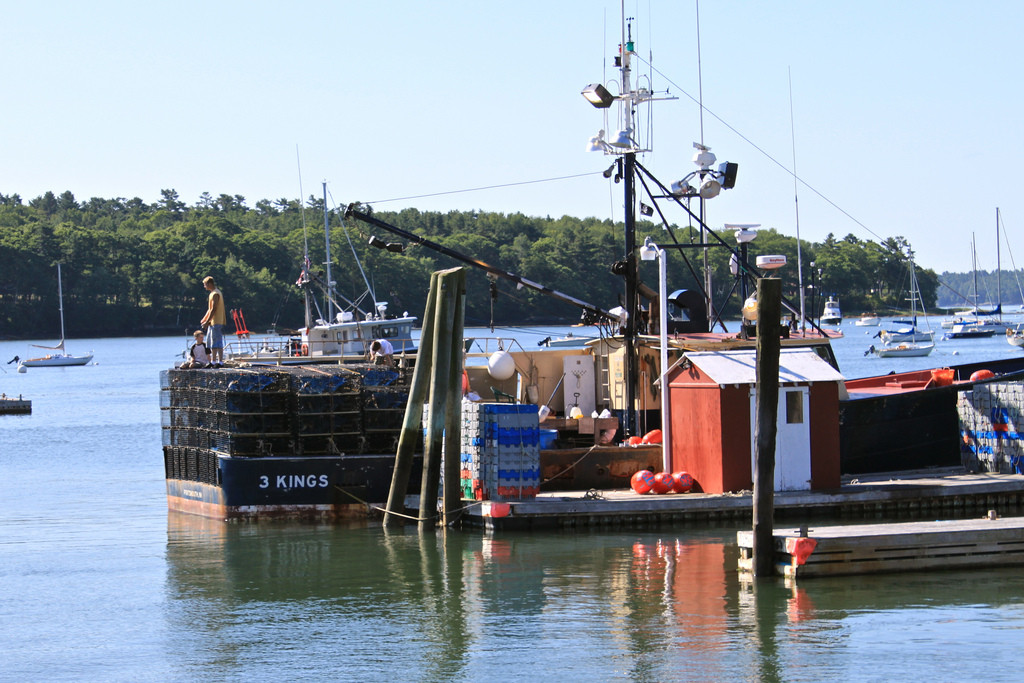 One doesn’t have to travel far in Downeast Maine to see what over-fishing can do to coastal villages and the people who work there. First the cod disappeared, then the herring, and finally the sardines.

There is a lot of finger pointing about who is to blame—Russian trawlers, fish-locating sonar technology, dams on the rivers, EPA rules, and local greed.  But, the fish are gone, canneries are abandoned, and much of the population has left town. Even where protected, cod show only a slow recovery, suggesting that permanent changes have occurred in the ecosystem.

The situation in Maine is a reflection of fisheries worldwide. First, desirable, large predatory fish, such as swordfish and snapper, are depleted. Then fishermen focus on smaller species once considered trash fish. Non-selective bottom trawling is employed, degrading and denuding the sea floor at a rate similar to deforestation that we deplore in the Amazon Basin. Finally, sardines and menhaden are the target of the catch.

This pattern exemplifies what Dan Pauly has called “fishing down” marine food webs, in which humans first exploit the top predators, then their prey, and finally the small fishes that support all of the marine food web.

In Downeast Maine, no one makes a living on traditional fishing anymore, except for those working with farm-raised salmon. Instead, fishermen focus on clams, lobsters, urchins, and scallops. Increasingly, there is a push to harvest rockweed, a type of seaweed that lines the coast.

It seems short sighted to scrape rocks clean of seaweed that provides important nursery habitat for fish, lobsters, and shellfish. If fisheries are to recover, protecting rockweed will be an important foundation for the effort.