You are here: Home / Air and Water / Locked In A Pattern Of Arctic Ice Loss 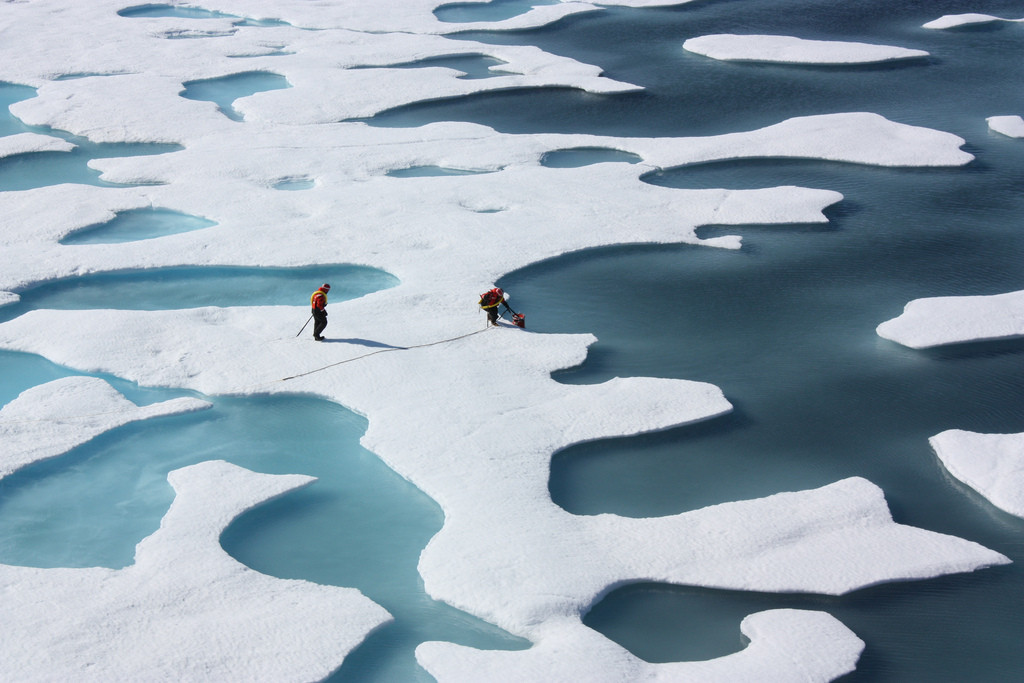 There is no dry land at the North Pole and under much of the Arctic ice pack. There, the ocean is covered with sea ice. When this ice melts, it does not cause a rise in sea level, the same way ice cubes melting in your water glass don’t cause it to overflow.

Still, melting Arctic sea ice is troubling. Because it is white, sea ice reflects incoming solar radiation. When it melts, darker seawater absorbs much more of the Sun’s radiation. This, in turn, warms the water – causing more sea ice to melt. As much as 20% of the global warming we are currently experiencing may be due to the loss of reflective sea ice in the Arctic.

This summer, Arctic sea ice reached one of the lowest extents since satellite monitoring began in 1979. Then, sea ice covered 6.5 million km2.  Now it covers 4.7 million km2, a loss of nearly 30%.  The sea ice that remains is thin. Arctic scientists predict that North Pole summers will be ice-free by 2030.

We are just beginning to understand how loss of Arctic sea ice affects other aspects of global climate, such as the polar jet stream. While an ice-free Arctic ocean offers the potential for new shipping lanes and exploitation of mineral deposits on the sea floor, it’s a tactical dilemma for the U.S. Navy, who must patrol a new ocean.

At least one climate model suggests that Arctic sea ice will reform if we can break out of the current global warming trend. But, for now, loss of sea ice reinforces global climate changes set in motion by human activities.