You are here: Home / Podcast / The Return Of The Bald Ibis 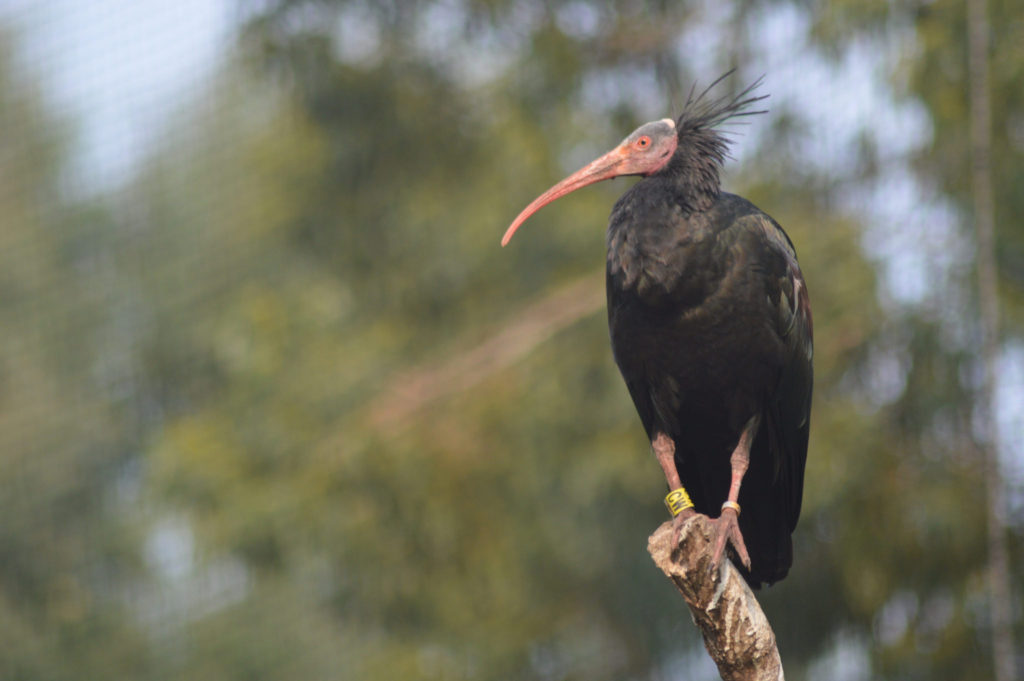 The northern bald ibis, also known as the waldrapp, is a strange-looking bird with a long, curved beak, a naked head, and feathers that point straight into the air like a Mohawk haircut.  In former centuries, it occurred widely in northern and eastern Africa, Asia Minor, Arabia, and parts of Europe.  The ancient Egyptians considered it to be an afterworld divinity and its likeness can be seen in hieroglyphs dating back thousands of years.

Today, all that remains of the waldrapp is a small population of about 600 wild birds in Morocco, 200 birds in southern Turkey dependent on captive breeding, and perhaps a few birds in East Africa.  The state of the species is so precarious that the global population in zoos is larger than that in the wild.

But several northern bald ibis reintroduction projects are underway.  As a result, waldrapps can now be seen flying at the northern fringe of the Alps, a habitat they last occupied 400 years ago.  The Waldrapp Project, which began in 2001, has reintroduced 84 captive-bred birds in the Alps and have been teaching them to migrate south by leading them with ultralight aircraft towards the Mediterranean.   It took years of training to get the first flock of waldrapps across the Alps successfully.  In 2011, the first bird migrated on its own to Tuscany.  Since then, the number of birds migrating annually has gradually been increasing.

Researchers believe that establishing a wild and independently viable bald ibis population north of the Alps could act as a valuable reinsurance for a species threatened with extinction in Morocco.  Meanwhile, some lucky people in Austria’s Salzach Valley are occasionally treated to a remarkable sight.

After a 400-Year Absence, A Rare Ibis Returns to European Skies

‘The Return of the Bald Ibis’ from Earth Wise is a production of WAMC Northeast Public Radio.