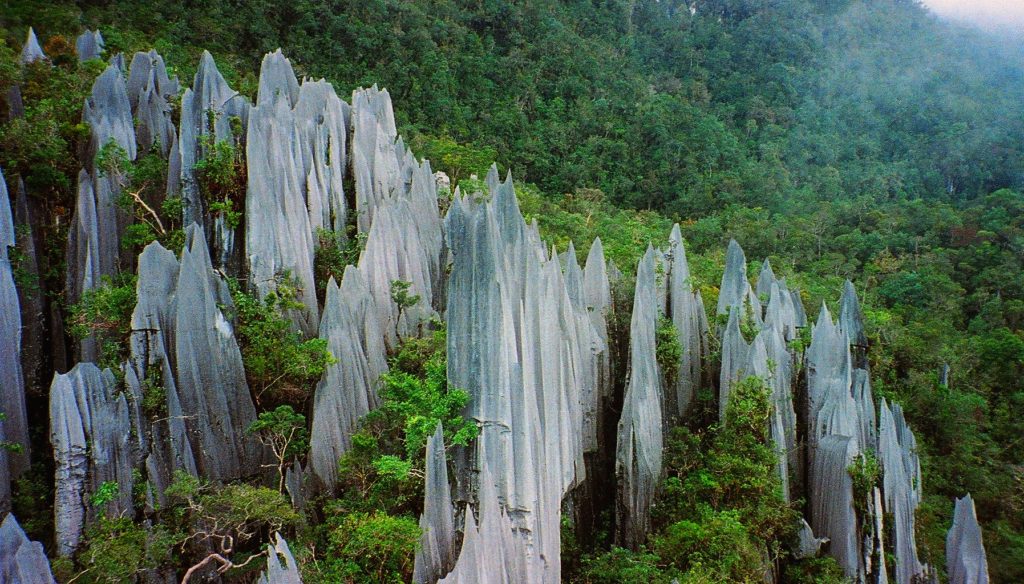 Borneo is the third-largest island in the world, home to part of Indonesia, part of Malaysia, and the small sultanate of Brunei.   It is also home to the oldest forest on earth – 130 million years old – which is more than twice as old as the Amazon rain forest.

Fifty percent of the lowland Borneo rainforest is now gone but is still the third-largest in the world after the Amazon and Equatorial African rainforests.  The Borneo forest has the highest density of higher plant species with an estimated 15,000 flowering species and a wealth of animals including orangutans.  It is one of the world’s greatest ecosystems but it is being systematically destroyed.

Early on, Borneo’s forest was being destroyed for its lumber but the main culprit for the relentless removal of one of the world’s last great places is palm oil.

Palm oil is second only to petroleum as an important oil business.  Producing it is a $50-billion-a-year enterprise.   Palm oil is clear, tasteless, doesn’t lose its properties when heated, or become rancid at room temperature.  Nowadays, it is found in everything from margarine, cookies and Nutella, to shampoo, toothpaste and lipstick.

Palm oil is the main economic engine for both Indonesia and Malaysia.  The two countries account for 85% of world production.  And production continues to increase, being expected to double over the next 30 years.

There are international efforts to save the Borneo rainforest headed up by organizations like the Rainforest Action Network.  A number of major corporations are on board to fight further deforestation including Nestle, Mars, Unilever and Cargill.   But some companies like PepsiCo are still dragging their feet.  Individual consumers should make their wishes known through their purchasing habits.

Vanishing Borneo: Saving One of the World’s Last Great Places