You are here: Home / Air and Water / Disappearing Arctic Ice 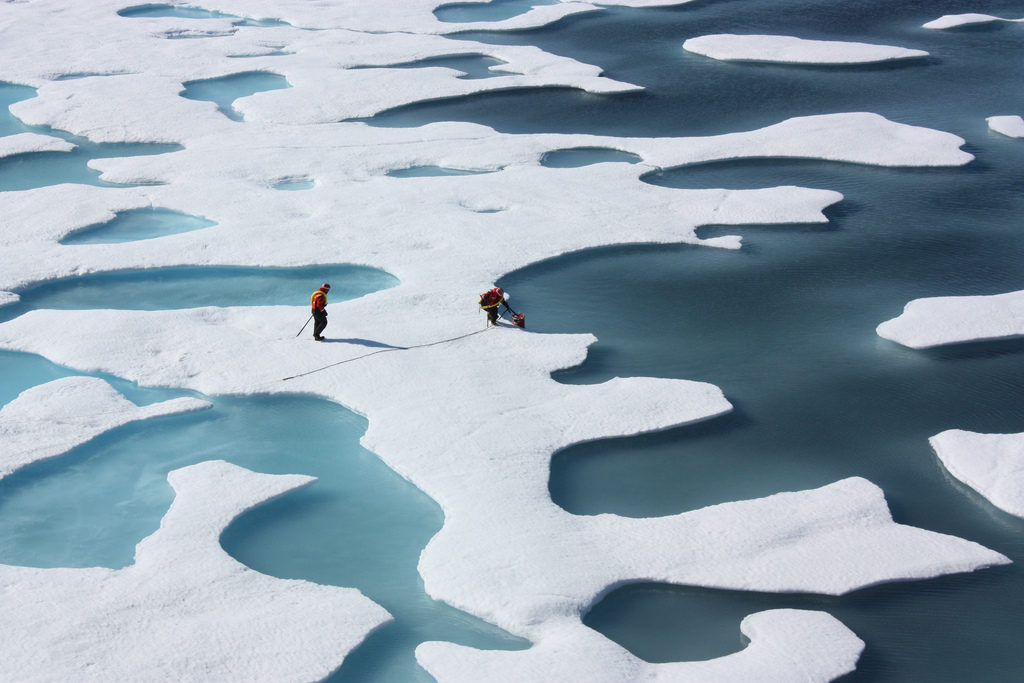 The top of the world is turning from white to blue in the summer.  The ice that has long covered the north polar seas is melting away.

This past summer, the amount of ice covering the Arctic Ocean was tied for the second-lowest in recorded history.  The total volume of Arctic sea ice in the summer has declined by 75% over the past 50 years.  Predictions are that the Arctic will be largely ice-free in the warmer months as early as in 2020.

One of these effects is the changing of the albedo – the amount of radiation that is reflected off the surface of the Arctic Ocean.   Instead of reflecting the sun’s heat off of white ice, that heat is absorbed by the darker water, thereby warming the ocean further.  This extra heat in the Arctic Ocean is estimated to have the effect of adding 25% to the global greenhouse effect.

The warming ocean warms the air around it and the higher temperatures spread over land.  This in turn increases the melting of snow in terrestrial regions.  Heating the tundra and boreal forests increases the temperature of Arctic rivers, pouring even more warm water into the ocean.  Ultimately, thawing the organic materials trapped in the Arctic tundra could release vast quantities of methane into the atmosphere.

This dangerous thermal feedback loop has the potential to greatly accelerate the already serious changes to the world’s climate.  The transformation of the Arctic is a stern warning that we need to tackle the threat of climate change as quickly as possible.