You are here: Home / Air and Water / Recycled Plastic Lumber 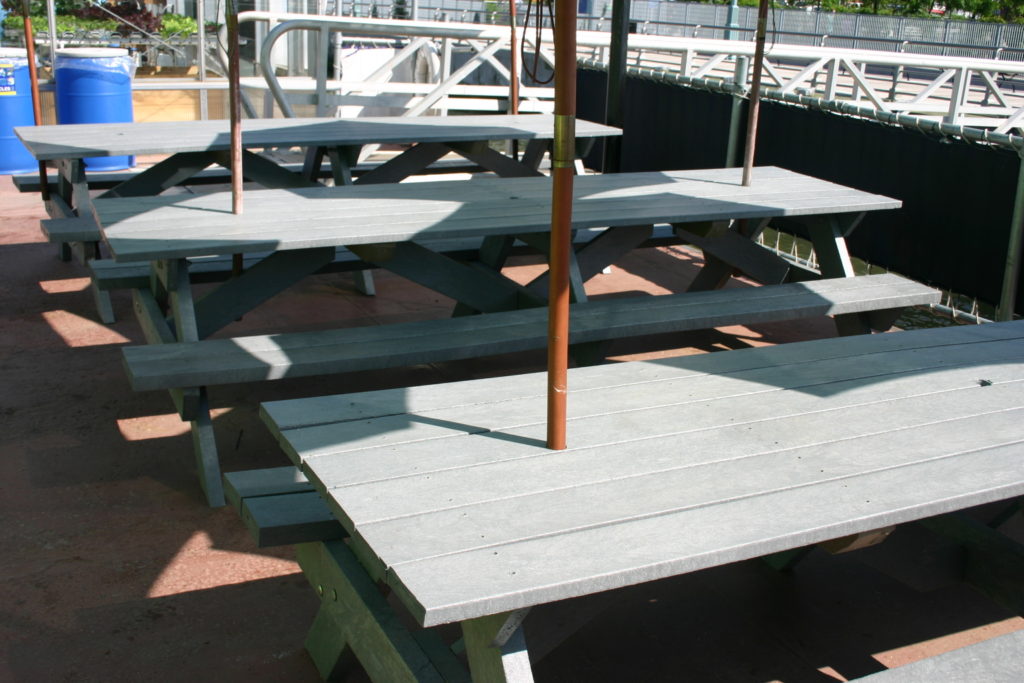 One of the most notable success stories in recycling is that of structural plastic lumber.   The material is mostly polyethylene reinforced with stiff plastics or recycled composites.   Made from milk containers, coffee cups, and other recycled plastics, structural plastic lumber is lighter than steel, longer-lasting than natural lumber and strong enough to support 120-ton locomotives.

It is increasingly used to build bridges on U.S. Army bases as well as docks, picnic tables, park benches, parking lot stops, and other structures across the country and around the world.  Structural plastic lumber has been used to make about 1.5 million railway ties in the U.S. alone.   At 200 pounds apiece, these ties kept about 300 million pounds of plastics out of landfills.

The material is the brainchild of a Rutgers University professor named Thomas Nosker, who has been inventing ways to deal with discarded plastics for 30 years.  He and colleagues built the first structural recycled plastic lumber bridge for vehicles some 18 years ago.

The major complaint about plastics is that they don’t degrade.   But it is that durability that is a major plus for structural plastic lumber in applications like railroad ties that cross streams and in other environmentally sensitive areas.  Natural wood has drawbacks because it needs protection from insects and the elements and often is treated with toxic preservatives that can leach into the soil, water and groundwater.

These days, Professor Nosker and his colleagues are developing new materials based on graphene and plastics that may end up being used in next-generation vehicles for both civilian and military applications.

Not all news about plastics is bad news.