You are here: Home / Economy and Policy / Hidden Costs of E-Waste 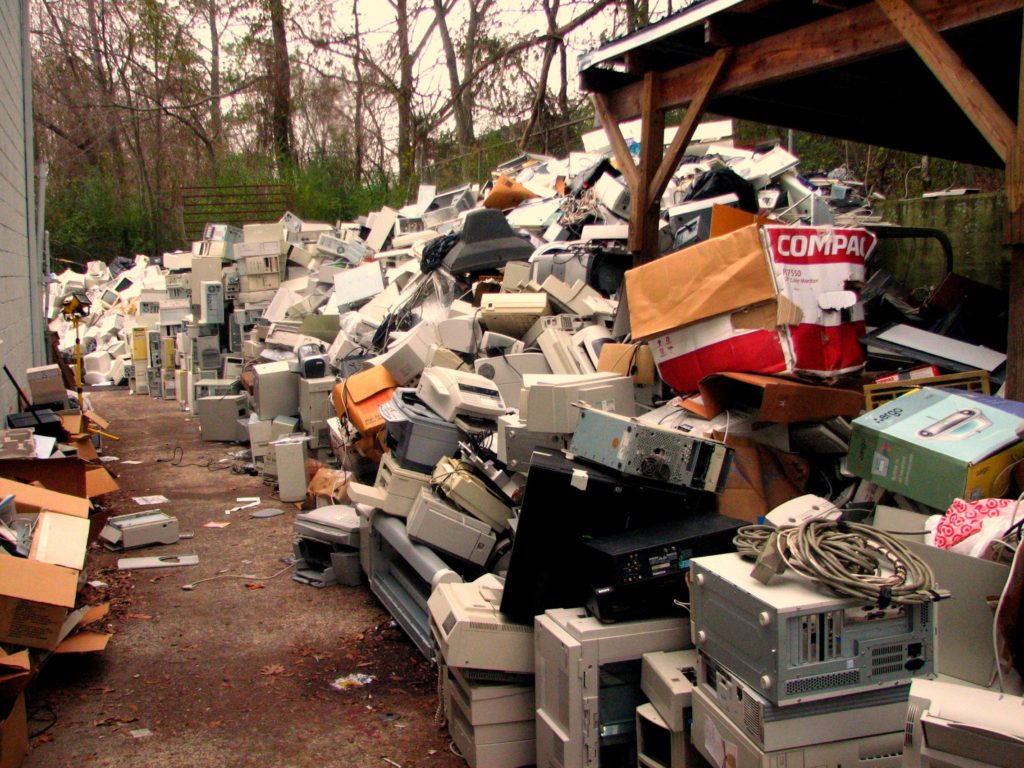 Recycling is often a great thing. But, when you hear about the conditions under which electronic waste is disassembled by impoverished peoples of developing nations, it gives one pause.

Why should they be exposed to the toxic metals and PCBs that allow us convenience in a technological society? The quantities of e-waste are staggering—close to 42 million tons of electronic products were discarded in 2014, with the U.S. and Europe leading per capita generation.

Much of this material is difficult to recycle because valuable trace- and rare-earth metals are fabricated alongside silicon, plastics, glass, and other materials. Disassembly by hand can recover valuable materials, which saves the environmental impacts of mining, smelting and refining metals from new sources.  But there are real ethical considerations.

It’s time for us to stop casting a blind eye to the true cost of those products to the environment, and ultimately people—what economists call an externality. Ideally, the cost of a new cell phone should include the cost to recycle the old one responsibly.

Fees for recycling could cover the cost of protective equipment for workers and stimulate changes in design that make recycling easier. We should encourage those few companies that produce electronic products and accept trade-ins for recycling.

While the total number of tech users worldwide continues to grow, single devices are performing multiple roles. One study found that when a PC-tablet is used to replace a laptop, electronic dictionary, mp3 player, camera, cell phone, and GPS system, the single device would reduce hazardous metallic wastes by 63-75% compared to individual devices.

In a very real sense, better technology can reduce its own impact on the environment.

‘Hidden Costs of E-Waste’ from Earth Wise is a production of WAMC Northeast Public Radio, with script contribution from the Cary Institute of Ecosystem Studies.