You are here: Home / Agriculture / Some Good News For Monarchs 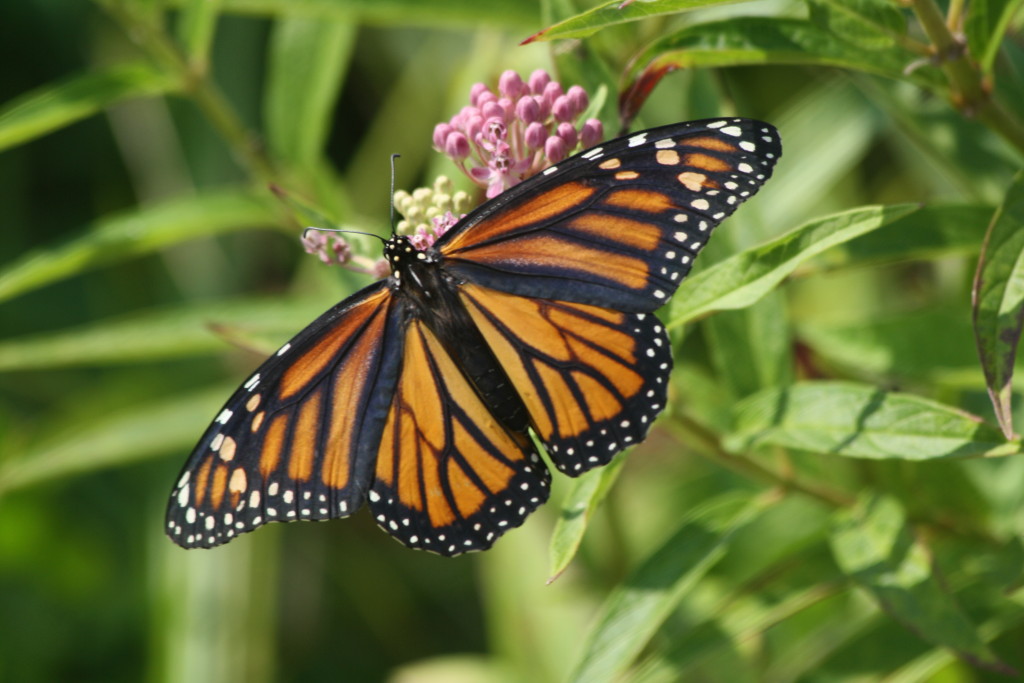 Spring is the time of the great monarch migration when the butterflies leave their wintering grounds in Mexico and head north to Canada.  As we have been saying for quite some time, fewer and fewer butterflies have been making the trek each year.  Twenty years ago, a billion monarchs swarmed the winter site in Mexico.  In 2013, the number was down to 33 million.

There have been ongoing efforts to try to protect the butterflies including attempts to restore the habitat along their migration corridor.   For example, in Oklahoma, a remarkable coalition of Native American tribes, industry, farmers and conservation groups have been distributing tens of thousands of milkweed and nectar plants, which monarchs need for food.

Well, this year there is some good news.  The monarchs seem to be rebounding.  The nesting butterflies in Mexico covered about 10 acres of forest, as compared with less than 3 acres in 2014.

The surge in monarch numbers may mostly be associated with good weather.  Of course, the butterflies can also be affected by weather events such as cold snaps and storms that can kill them.  But at least, with the greater numbers this year, there is some insurance that a sizable population of monarchs will survive for the next cycle.

Unfortunately, there are other problems in the butterfly world.  A number of notable species are in danger of extinction   Some are threatened by pesticide use, lack of host plants, and sometimes by specific changes in their environment.  For example, the Saint Francis Satyr, once common in North Carolina, has mostly disappeared because there are no longer enough beavers to create meadow habitat for them.

It’s tough to be a butterfly.

It’s a Good Year for Monarchs, But More Butterflies Are On the Brink

‘Good News for Monarchs’ from Earth Wise is a production of WAMC Northeast Public Radio.