You are here: Home / Air and Water / Pulling Water From Air 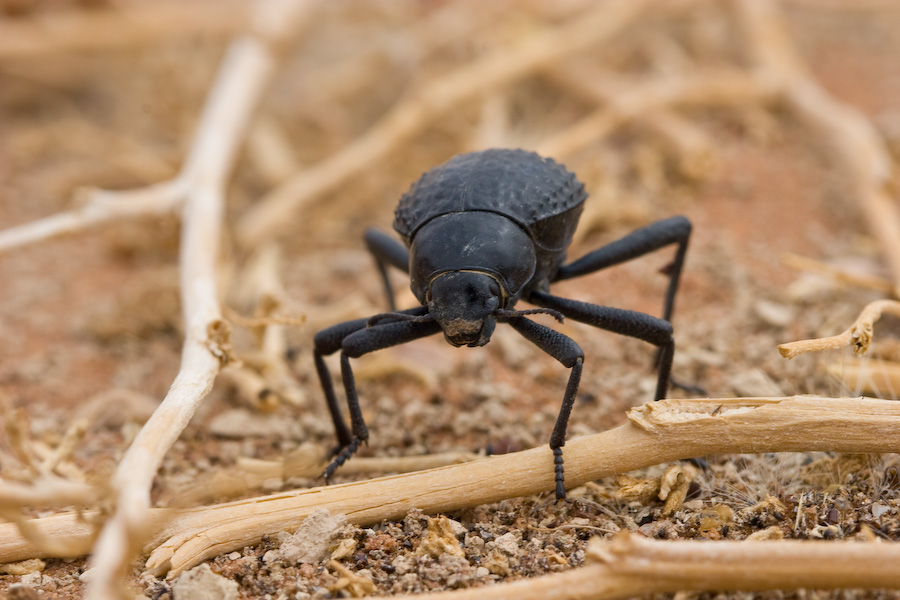 As droughts have become more commonplace, researchers are looking at natural systems for effective ways to capture water from the air.  A team from Harvard University has drawn inspiration from three different organisms to develop a better way to promote the condensation and transportation of water droplets.

Organisms such as cacti and desert beetles survive in harsh, arid environments because they have evolved mechanisms to collect water from thin air.  The Namib desert beetle, for example, collects water on special bumps on its shell, while v-shaped cactus spines guide water droplets to the plant’s body.

Designing a water collection system based on natural systems is a form of biomimetics.  The Harvard group is pioneering an advanced approach in which they marry the approaches of multiple biological species rather than one inspirational natural system at a time.

The new system, described in the journal Nature, combines the bumpy shell of desert beetles, the asymmetric structure of cactus spines, and the slippery surfaces of pitcher plants.  This combination of features along with a technology known as Slippery Liquid-Infused Porous Surfaces technology developed at Harvard, is used to collect and direct the flow of condensed water droplets.

The new approach is promising not only for harvesting water from the air but also for industrial heat exchangers.  Thermal power plants rely on condensers to quickly convert steam to liquid water.  The new system could significantly improve the energy efficiency of such systems.   The new technology for pulling water from the air represents an important first step towards developing an effective passive system that can efficiently collect water and guide it to a reservoir.

‘Pulling Water from Thin Air’ from Earth Wise is a production of WAMC Northeast Public Radio.