You are here: Home / Energy / Keeping Up With Light Bulbs 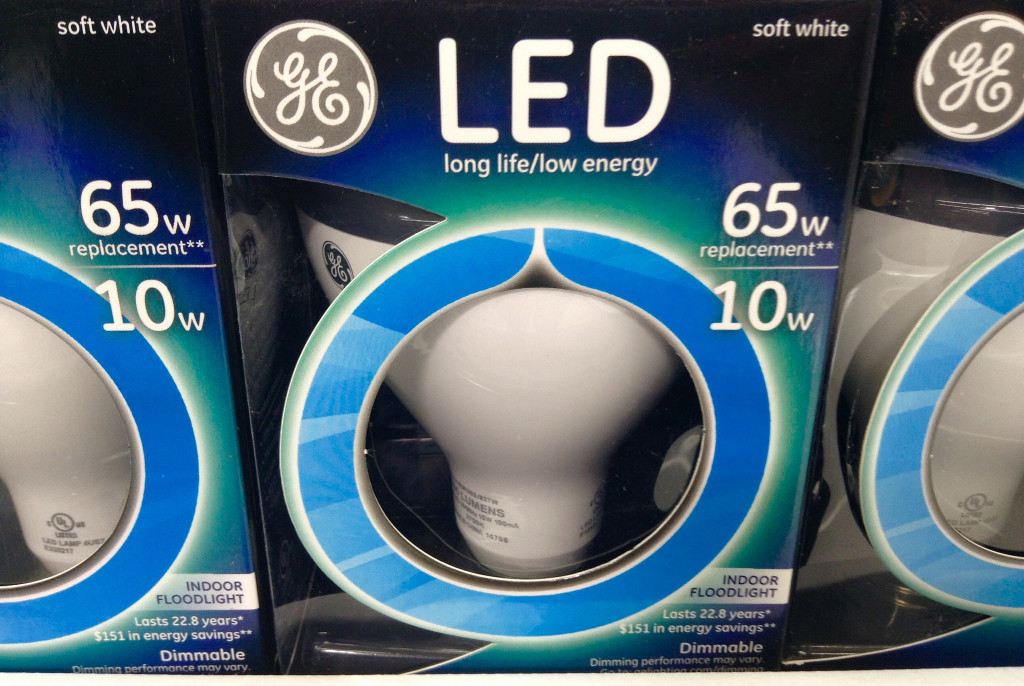 Light bulbs entered people’s lives in the 1880s.  Tungsten filament lightbulbs have been around for about 100 years.  Fluorescent lamps were invented in the 1920s.   These two mainstays dominated most lighting applications for most of the twentieth century.

In the 1990s, compact fluorescent bulbs or CFLs entered into everyday use.  They had been invented in the 1970s, but it took a while for them to become an economical replacement for incandescent bulbs.  With their much higher energy efficiency, CFLs became the go-to choice for consumers, especially as their prices dropped.  However, people grumbled about the quality of light, how long it took to reach full brightness, and poor dimming ability.

LED bulbs, a 21st century development, provided solutions to all these shortcomings, but initially at a very steep price.  But this has changed.  With quality improvements, plummeting prices, and even better energy efficiency, LED bulbs are rapidly taking over.

A major sign of this is that General Electric – the grandfather of all light bulb companies – will stop making and selling CFL bulbs in the United States by the end of the year.  They have only been around for maybe 20 years, but CFLs are surely on their way out.

Once LED bulbs take over, how long will they rule the roost?  It’s hard to say.   There are already alternatives in the works.  A company called Finally Light is already selling a new kind of bulb based on induction that it claims produces a warmer, more familiar kind of light while retaining the energy advantages of LEDs.

And there are other technologies in the works as well.  Perhaps it is no coincidence that the iconic symbol of a new idea is a light bulb.

G.E. to Phase Out CFL Bulbs

‘Keeping Up With Light Bulbs’ from Earth Wise is a production of WAMC Northeast Public Radio.