You are here: Home / Economy and Policy / Ending The Protection Of Grizzly Bears 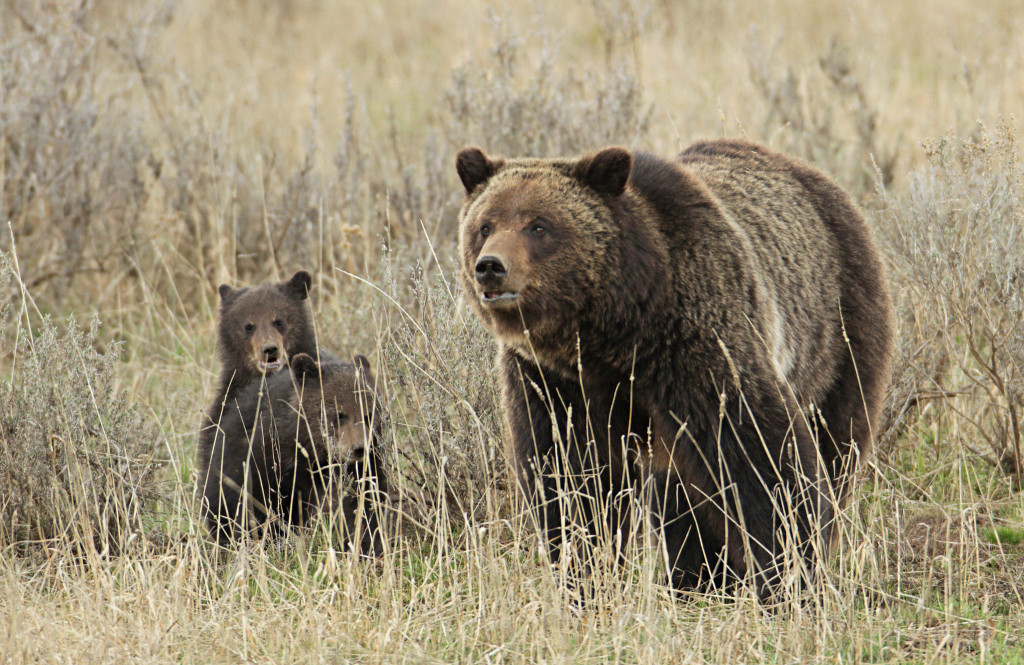 Grizzly bears, also known as North American brown bears, once roamed much of North America and symbolized the continent’s untamed wilderness.  But hunters and trappers nearly wiped them out across most of the Lower 48 states by the late 1800s.

In 1975, grizzly bears were formally listed as a threatened species, when it was thought that as few as 136 grizzlies roamed the Greater Yellowstone Ecosystem, which encompasses parts of Wyoming, Montana, and Idaho.

Thanks to that protection, grizzlies have made a remarkable recovery.  Their population has swelled to between 700 – 1000 in the Yellowstone area today, which some scientists think is the region’s capacity for resident grizzlies.

To that end, the U.S. Fish and Wildlife Service – the federal agency that administers the Endangered Species Act – has proposed removing grizzly bears from protection within the Greater Yellowstone Ecosystem.  The proposal would open the door to future hunts for the fearsome animals across the parts of the three states for the first time since the 1970s; hunting within Yellowstone National Park would still be prohibited.  And protections would remain in place for about 1,000 grizzlies in and around Glacier National Park and for smaller populations elsewhere in Montana, Idaho, and Washington state.

The announcement comes as conflict between humans and grizzlies has been on the rise.  Six people have been killed by grizzlies since 2010, and 59 grizzlies were killed by humans last year alone, often following attacks on livestock.

But not everyone is on board.  Wildlife advocates say the proposal is premature and cautioned that it could reverse the species’ gains.

Nonetheless, the recovery of grizzly bears over the past three decades represents one of America’s great conservation successes.  A final decision is expected later this year.

Photo, posted May 5, 2015, courtesy of Yellowstone National Park via Flickr.

‘Grizzly Bears’ from Earth Wise is a production of WAMC Northeast Public Radio.