You are here: Home / Climate Change / The Power Of Exercise 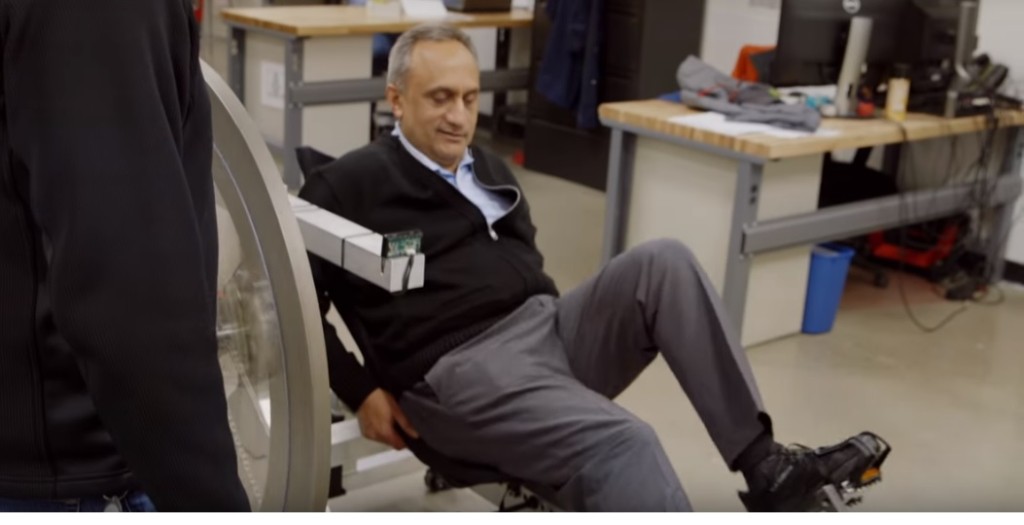 Manoj Bhargava, the billionaire behind the 5-hour energy drink, is the inventor of the Free Electric hybrid bike.  His invention makes it possible to generate enough electricity to power lights and basic appliances for approximately 24 hours by doing one hourly workout each day on what is essentially a stationary bike.  The pedaling action drives a flywheel, which turns a generator and charges a battery.  This simple invention has the potential to provide electricity to the 1.3 billion people without power globally.

The Free Electric hybrid bike could provide poverty-stricken communities access to clean and free energy, with a direct impact on internet connectivity and education.  Bhargava believes that the majority of the poor stay poor due to a lack of access to power.

Bhargava plans to distribute 10,000 of these bicycles in India next year.  But his simple fixes to big problems don’t stop at bikes.  Bhargava is taking on drought and water scarcity by developing the Rain Maker, a machine designed to take any type of water, including saltwater, and make it drinkable.  He is also working on a scheme to extract heat energy from deep within the earth.  Bhargava has pledged 90% of his wealth to charity and research.

Sometimes the solutions to big problems don’t require sophisticated technology.  Something as simple as a bike could help cut energy costs, reduce emissions, and lower obesity rates.  That’s a win-win-win.

Photo is a screen shot from Billions in Change.

The Power Of Exercise