You are here: Home / Climate Change / Storing Heat From The Sun 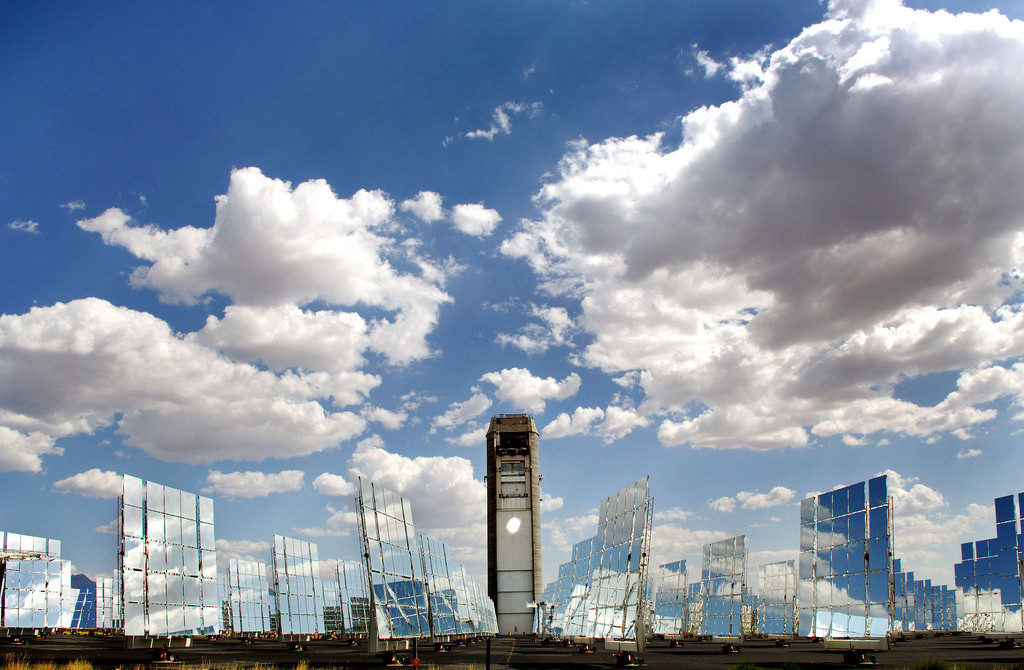 Solar thermal systems use the sun’s rays to generate heat which can then power conventional turbines, replacing coal, gas or oil burners to do the same job.  Thousands of mirrors focus the sun’s energy to produce lots of heat.  These utility-scale systems are highly effective in deserts where sunshine is plentiful and strong.

Solar thermal plants have the added wrinkle that if they can also store the sun’s heat for a period of time, they can continue to generate electricity well into the night.  This is being done today using molten salts that are heated up to over 1000 degrees Fahrenheit and can hold that heat for hours.

Scientists at Oregon State University have now found a way to store heat that is potentially even better.   Instead of heating a fluid, they use the sun’s heat to produce a chemical reaction:  they decompose strontium carbonate into strontium oxide and carbon dioxide.  It turns out that the process is reversible:  when the two substances are recombined, heat is released.  The advantages over the molten salt technique are that the heat can essentially be stored indefinitely and temperatures over 2000 degrees are possible.

Much work remains to be done in developing a reliable, long-lasting process, but one can envision someday having a solar thermal plant that is capable of generating electricity around the clock.

Storing Heat From The Sun