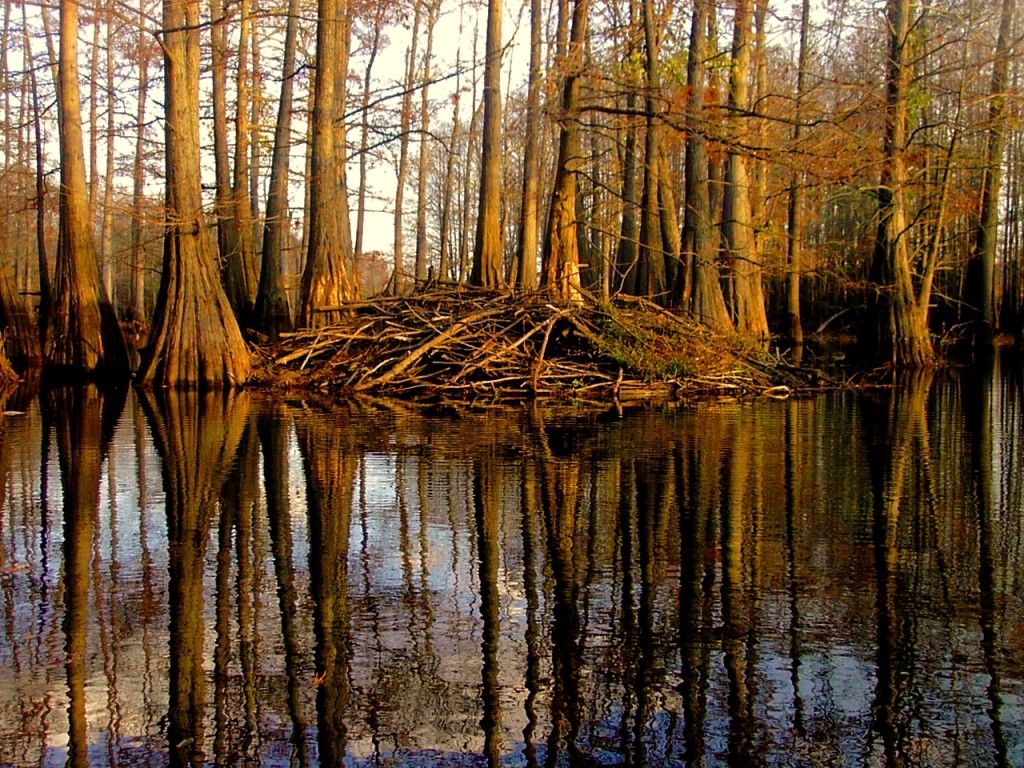 Beavers are one of nature’s most industrious engineers. Using branches and mud, the intrepid animals create dams that slow moving water. In New York’s Hudson Valley, their constructions are a common sight on streams and in wetlands.

Ecologists have long known that habitat created by beavers supports a variety of waterfowl, fish, turtles, and frogs. Now, evidence is mounting that beaver dams also prevent excess nitrogen from polluting estuaries in the Northeast.

Fertilizer and septic systems have increased the amount of nitrogen entering our nation’s waterways. Streams eventually lead to the ocean. When too much nitrogen enters coastal areas, it can result in reduced water quality, harmful algal blooms, and fish kills.

Scientists that study the movement of nitrogen pollution noticed that when beaver dams were present in Northeastern streams, less nitrogen was passed downstream. They suspected water retention time and organic matter within beaver ponds created conditions that were ideal for nitrogen removal.

They tested their hypothesis by taking soda-bottle sized cores of beaver pond soil back to the lab and adding a special type of nitrogen that allowed them to track if it was transformed and how. Soil bacteria removed upwards of 45% of added nitrogen by transforming nitrate to nitrogen gas.

Peter Groffman is a Research Fellow at the Cary Institute and one of the study’s authors.

“The recovery of the beaver is just a great success story.  These are organisms that were made extinct, primarily due to hunting but also due to habitat loss.  And now they’re back!”

Full interview with Peter Groffman, a research fellow at the Cary Institute of Ecosystem Studies