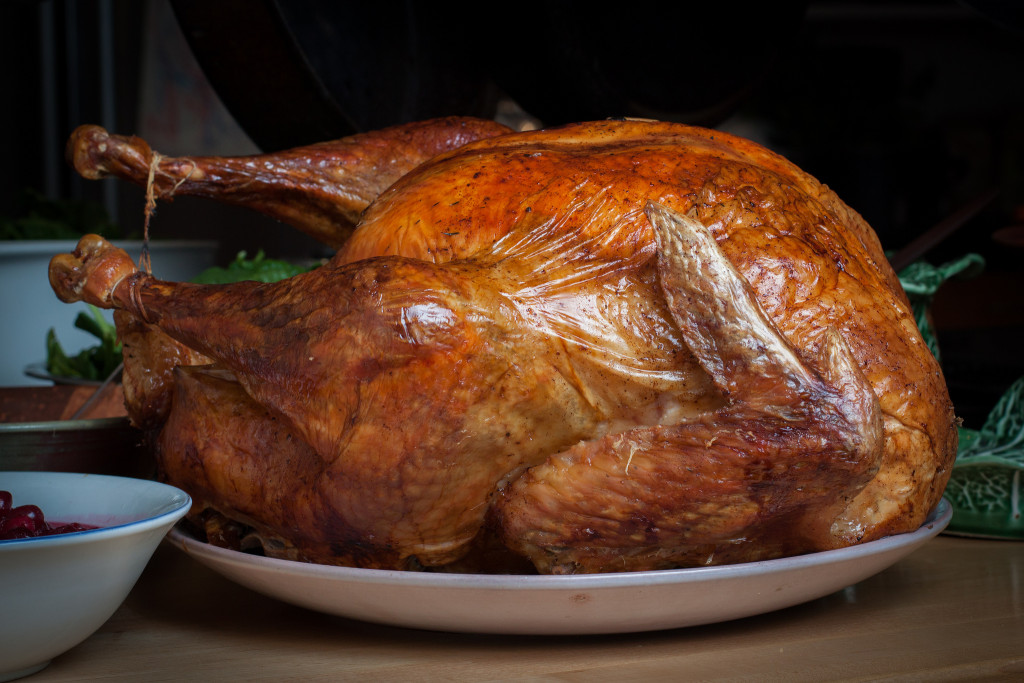 Mashed potatoes, gravy, cranberry sauce, and pumpkin pie.  Thanksgiving is just one week away.  Many of us will spend the next several days shopping around for ingredients, including one of this country’s oldest traditions: the turkey.

But turkeys today bear little resemblance to those our country’s settlers would have found centuries ago.  In fact, according to Mother Jones magazine, turkeys weighed an average of just 13 pounds in the 1930s; in 2014, the average turkey had more than doubled in weight, checking in at nearly 30 pounds.  The turkey evolution is the result of anything but chance.

In the 1950s, poultry farmers began to selectively breed turkeys for size and speed of growth to keep up with the expanding demand for meat.  Operations were moved indoors, allowing producers to raise more turkeys and to raise them uniformly.  Antibiotics were routinely administered to combat the spread of infections as a result of the close living quarters.  And the antibiotics also encouraged a faster-than-natural growth rate in turkeys.

And with their giant stature, stooped frame, and limited mobility, the modern megabird is unable to conceive naturally; today, reproduction almost exclusively happens through artificial insemination.

Our demand for cheap meat continues to drive this trend.  Turkey consumption has doubled over the past 30 years, with the average American eating 18 pounds annually.  And more than one third of all edible turkey is thrown away.

When shopping for this year’s Thanksgiving meal, look for turkeys that are labeled organic, pasture-raised, and animal welfare approved.  Yes – they will be more expensive.  But our corner-cutting only further encourages cruel farming practices.  Vote with your dollars this week.