You are here: Home / Air and Water / Baltimore’s Trash Wheels 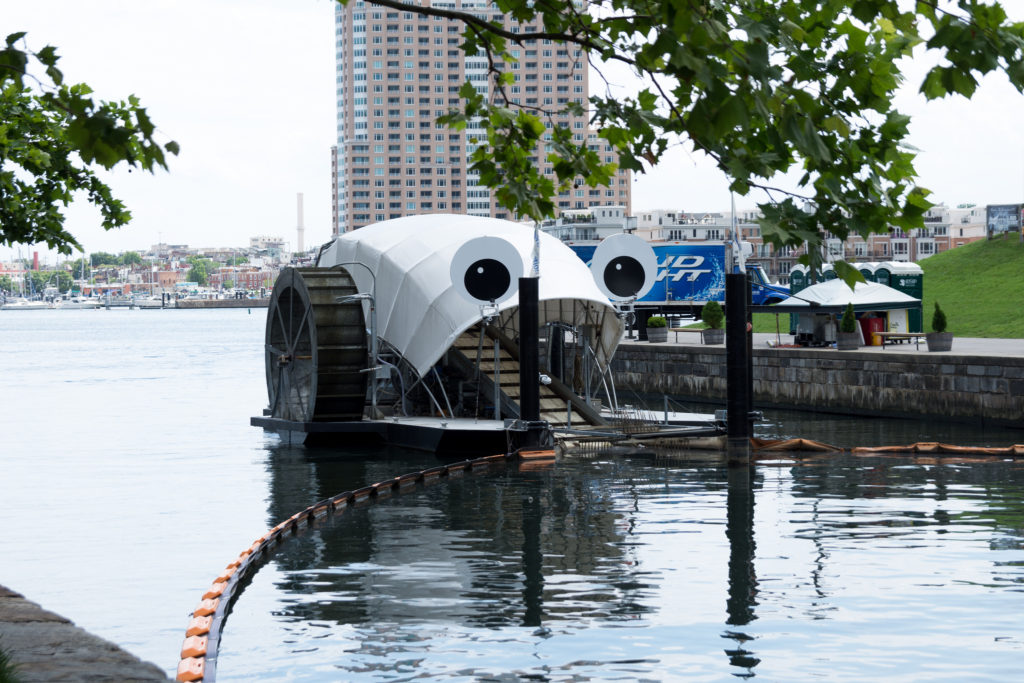 Baltimore’s harbor is cleaner than it has been in decades thanks to the efforts of two solar- and hydro-powered trash interceptors built to look like googly-eyed cartoon characters.   In fact, they are known as Mr. Trash Wheel and Professor Trash Wheel.

Mr. Trash Wheel, located at the mouth of Jones Falls, has stopped more than one million pounds of garbage from entering Baltimore’s Inner Harbor since its installation in May 2014.  Because of its success, Professor Trash Wheel was installed at Harris Creek Park last December.

The creator of the trash wheels, John Kellett, worked in the harbor for years and saw garbage floating by every day.  Using his sailing and engineering background, he built a pilot trash wheel and installed it in 2008.  The wheel struggled with larger debris and filled too quickly.  The experience showed that he needed to go bigger.  The non-profit Waterfront Partnership of Baltimore ended up funding the construction of the bigger wheel in 2014.

How do the trash wheels work?  Powered by water currents, trash and debris floats into containment booms in front of the wheel.  The trash moves onto a conveyor belt that leads to a dumpster barge.  When the dumpster is full, the trash is towed away.   When currents are not strong enough to power the wheel, a backup solar panel array provides the power.

The collected material is weighed and separated into categories:  plastic bottles, polystyrene containers, cigarette butts, glass bottles, grocery bags and chip bags.  Some of it is incinerated to help generate electricity for the city.

The anthropomorphized trash interceptors have become so popular that they have their own merchandise and their own social media pages.

Googly-Eyed Trash Eaters May Clean a Harbor Near You