You are here: Home / Climate Change / Renewables On Campus 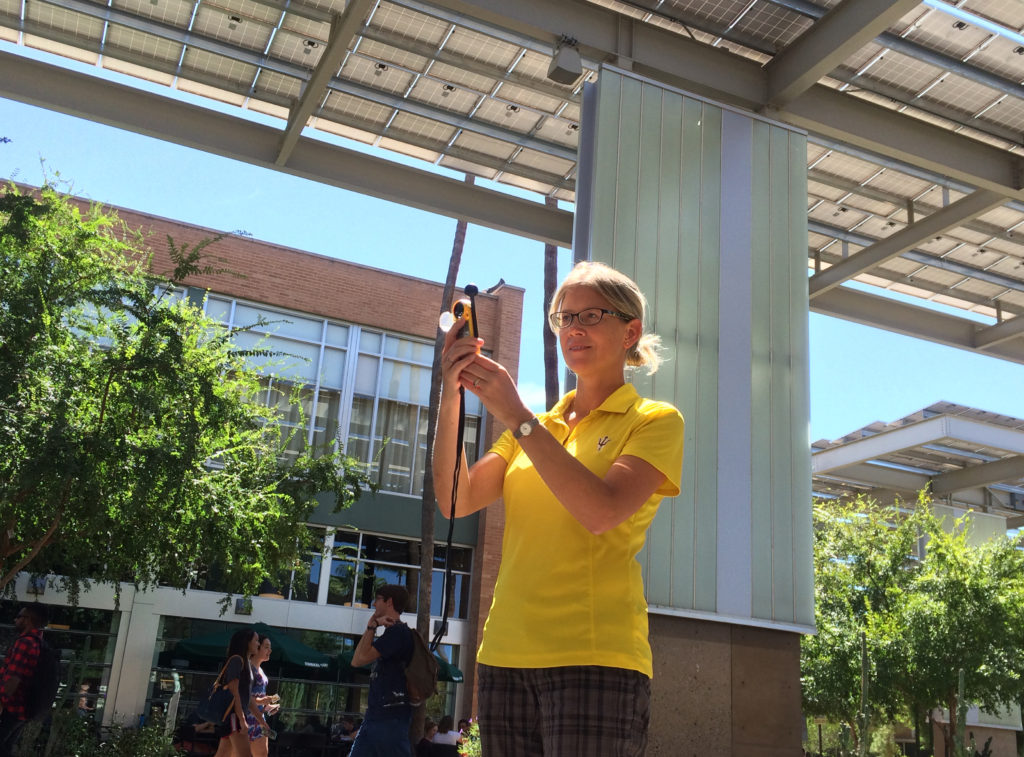 Colleges and universities across the country are increasingly deploying solar arrays and other types of renewable energy.   Many have set goals to become carbon neutral.

The largest college solar installations, to no surprise, are in Arizona.  The University of Arizona is the biggest but rival Arizona State is adding more solar power all the time.   Their student union used to be a place that was virtually uninhabitable for four months a year when triple-digit temperatures are the norm.  In 2014, the university installed the PowerParasol, a 25-foot shade canopy containing 1,380 solar panels capable of producing almost 400 KW of electricity.  Now the Memorial Union is a vibrant social gathering place.

In all, Arizona State has a network of 88 solar systems producing enough electricity to power 4,000 average homes.  They are now building a large new off-campus solar facility that will knock another 10% of their carbon footprint.  The university has the goal of being carbon-neutral by 2025.

Not all campuses have the benefits of the relentless Arizona sun, but colleges all over are setting aggressive carbon goals.  Small colleges like Oberlin in Ohio and Middlebury in Vermont were early participants.   Large schools like the University of California system and Penn State University were also involved early on.  Under the Climate Leadership Network, a coalition of more than 650 schools have vowed to achieve carbon neutrality on self-determined timetables.

Higher education facilities face the same fundamental challenge as the planet at large with respect to reducing emissions.  Nationwide, there are around 20 million students on university campuses and 5 million faculty and staff.  Their commitment to carbon neutrality is not an insignificant slice of the American public.

On College Campuses, Signs of Progress on Renewable Energy

‘Renewables on Campus’ from Earth Wise is a production of WAMC Northeast Public Radio.