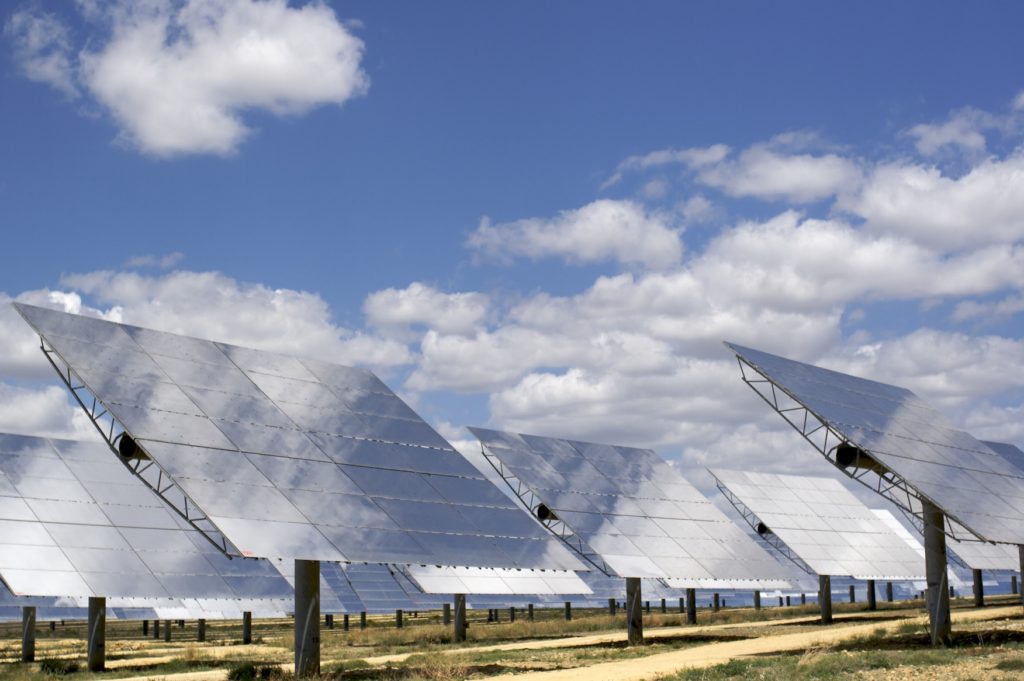 The biggest challenge facing both solar and wind power sources is that they don’t produce power around the clock; they only work when the sun is shining or the wind is blowing.  As a result, they don’t quite measure up to the requirement for power on demand.

A new concentrating solar power plant in the Nevada desert called Crescent Dunes has changed that.  The facility is the first solar power plant that can store more than ten hours of electricity.  As a result, the plant can ramp up generation for utilities pretty much whenever they need it.

The system uses more than 10,000 billboard-sized tracking mirrors called heliostats that surround a 600-foot tall tower.  Sunlight is beamed from the mirrors to the top of the tower where it is used to heat up a molten salt to temperatures as high as 1000 degrees Fahrenheit.  The molten salt is stored in a massive tank and when electricity is needed, the hot salt is used to boil water producing high-temperature, high-pressure steam that runs turbines to produce electricity.

There are other solar power plants that use molten salt to store heat, but this one uses the sun to heat the salt directly rather than first heating a different fluid such as oil which boils the water in those plants.

Crescent Dunes proves that concentrated solar power can provide a reliable source of electricity without the need for a fossil fuel power plant to back it up.   The technology only makes sense in very sunny places like the deserts of the Southwest, but in those places, these big molten salt towers are a very promising technology.  There are several others under construction in South Africa, Morocco and Chile.

‘Solar Power 24-7’ from Earth Wise is a production of WAMC Northeast Public Radio.