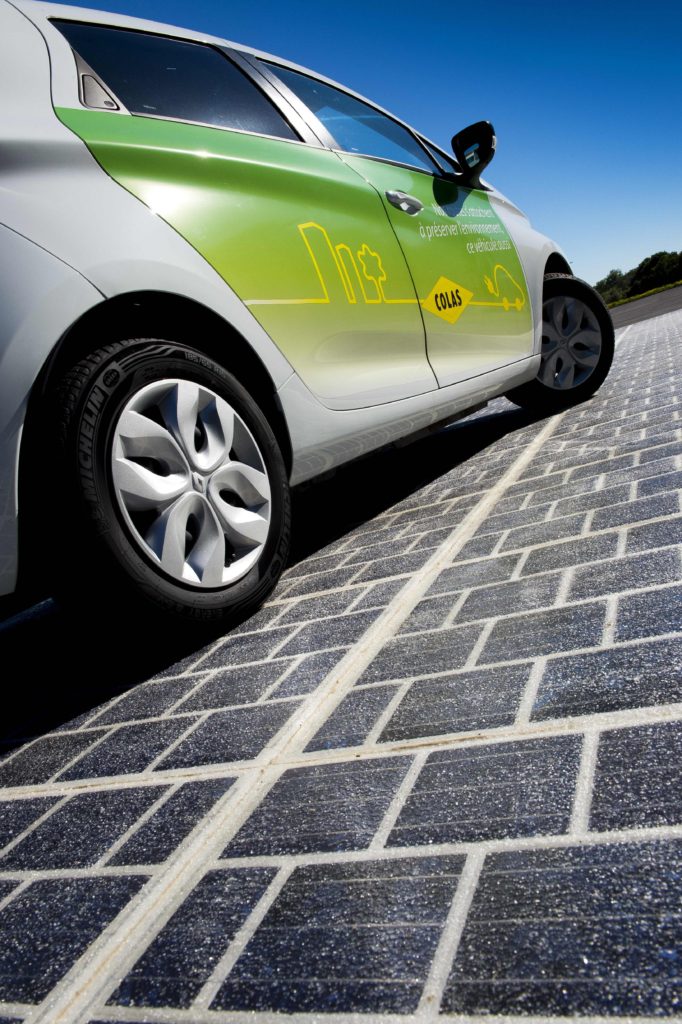 The first solar roadway in the US will be installed this year at the Historic Route 66 welcome center in Conway, Missouri.  The installation will use hexagonal solar panels developed by Idaho-based start-up company Solar Roadways.  The initial trial installation will use the panels to cover a sidewalk in the Route 66 center rest area and will only cover a few hundred square feet.  The modular building blocks are hexagonal panels of a little less than 5 square feet in area that each generate 48 watts of electrical power.

The panels are made of tempered safety glass and can support the weight of semi trucks and have similar traction to asphalt surfaces.   Besides generating electricity from the sun, they also contain LED lighting that replaces painted road lines and signage.  Embedded heating elements in the panels prevent snow and ice accumulation.  While these road surfaces are more expensive than conventional ones, the power they generate can be sold to the grid, meaning that these can be roads that earn their keep.

While this is a small-scale test program, there are more ambitious solar road initiatives elsewhere.  The French government has announced plans to pave 1,000 kilometers (or 621 miles) of its roads with solar panels over the next five years, which will produce enough electricity to supply power to up to five million people. The Wattway project is the result of five years of research between a French road construction company and the French National Institute of Solar Energy.

There are many possible ways to get power from the sun.  We may soon get our kicks from solar roads.

Photo courtesy of Wattway By Colas.