You are here: Home / Climate Change / Fungal Diseases And Wildlife 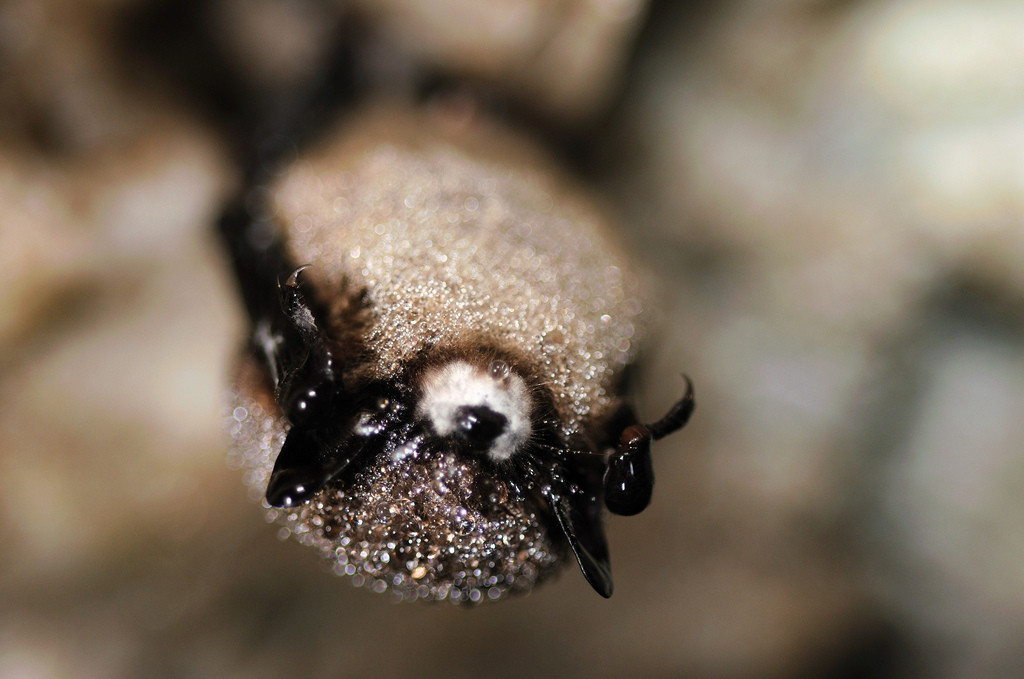 Since the late 1990s, there has been an unprecedented global wave of virulent fungal infections that has been decimating whole groups of animals from salamanders and frogs, to snakes and bats.

Snake Fungal Disease, known as SFD, was the first of these and has been confirmed in nine states, including New York, New Jersey, and Massachusetts.  About nine years ago, it killed off something like half of New Hampshire’s population of timber rattlesnakes.

SFD is part of a much wider pattern of fungal infections.  They mostly have very long scientific names, so they are generally referred to by shorthand as initials.  For example, one known as BD, has produced population crashes in dozens of species of frogs from Central America to Australia.  BSAL has practically wiped out many salamander populations in Europe, and White Nose Syndrome has killed off millions of bats in the Northeastern U.S.

Why is this all happening now?  There are a number of potential causes.  One is the increase in global trade and global travel.  This provides many more opportunities for pathogens of all sorts to disperse.  Because fungi don’t need a host to survive, they are well-suited to international travel.

Other reasons for the greatly-increased spread of fungal diseases include the growth of the pet trade–where more and more exotic species are transported around the world– and the degradation and destruction of natural habitats as a result of pollution, competition from invasives, development, and climate change.  The stresses of degraded environments make animals far more susceptible to diseases.

Without serious efforts to protect our ecosystems and their valuable components, the opportunities for emerging infectious diseases are going to keep increasing.

Photo, posted April 25, 2011, courtesy of the U.S. Fish and Wildlife Service via Flickr.

‘Fungal Diseases and Wildlife’ from Earth Wise is a production of WAMC Northeast Public Radio.