You are here: Home / Agriculture / Coffee And Climate Change 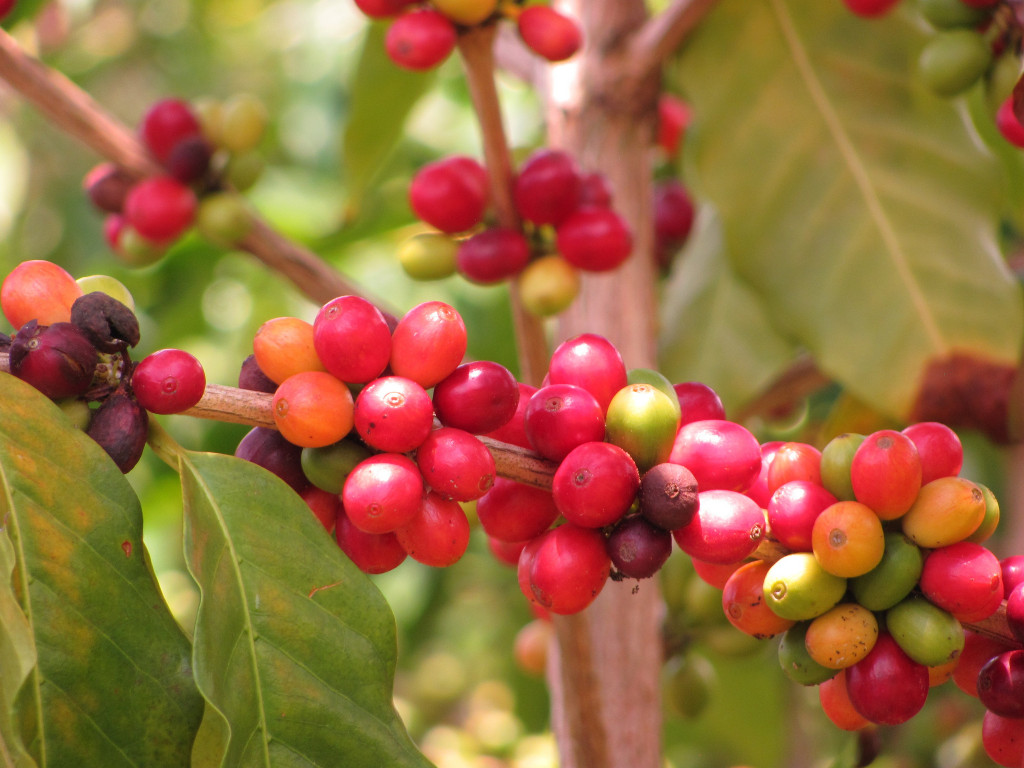 Climate change is threatening crops all around the world, but maybe none more so than coffee.  According to the Union of Concerned Scientists, “higher temperatures, long droughts punctuated by intense rainfall, more resilient pests and plant diseases—all of which are associated with climate change—have reduced coffee supplies dramatically in recent years.”

Even a temperature increase of just one-half degree can negatively impact coffee yields because arabica coffee plants – the shrub-like trees whose fruits motivate millions of us daily – have adapted to very specific climate zones.

Add to that the fact that rising temperatures are expanding the range of the pesky coffee borer beetle.  This small, black beetle is capable of wiping out the harvest of an entire plantation.  The females bore holes into coffee berries and lay their eggs into the coffee beans.  The larvae devour the coffee beans when they hatch, destroying them.

Cooler temperatures used to help keep a fungus known as coffee rust at bay.  But as temperatures warm, this plant-choking fungus thrives.  The disease appears as yellow spots on the leaves of arabica plants, but by this time it’s already too late: photosynthesis stops, leaves drop, and coffee beans stop growing.  Coffee rust puts entire plantations out of commission for 2-3 years.

Nobody wants to be around coffee drinkers who can’t get their morning fix.  But the declining coffee yields coupled with the rising global demand could lead to a massive production deficit.  Global production needs to rise by 5.2 to 6.6 billion pounds in the next decade to avoid this shortage.

Coffee is just one more reason to address climate change.

A Global Coffee Shortage Could Be Coming

Start Hoarding Coffee Beans, Because a Major Shortage May Be Looming