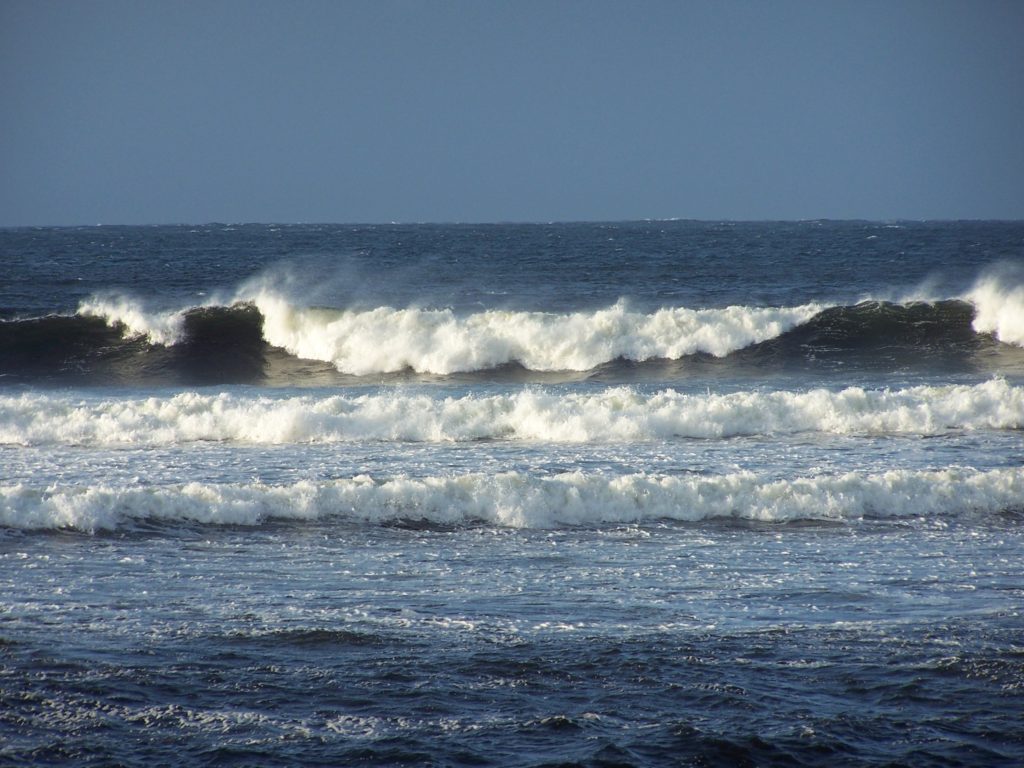 Two turbines in the Pentland Firth in Scotland recently set a world record for monthly energy production from a tidal stream power station.  In August, the MeyGen installation off the Caithness coast of Scotland produced 700 MWh of electricity, enough to power 2,000 homes.

The tides that flow through the Pentland Firth are some of the most powerful anywhere on earth, so it is an ideal place to harness tidal power.  The underwater turbines resemble wind turbines, but they are only about 50 feet tall with 30-foot blades.   This is much smaller than most wind turbines, some of which have 200-foot blades.   The turbines can be much smaller because sea water is about 800 times denser than air, which means that the motion of a 5-knot ocean current (about 5.75 mph) carries as much energy as a 217 mph wind.

Unlike wind, tides are highly predictable, being correlated with the motions of the moon.  For this reason, a tidal energy system is a predictable, reliable source of energy.  In addition, this sort of installation can be essentially invisible, being located underwater.

The MeyGen installation currently has only 2 turbines operating.  A third is receiving upgraded components and is expected to be online this fall.  Ultimately, the project is planned to have dozens of turbines in operation.  The long-term plan for MeyGen is for it to have a power generation capacity of 398 MW, enough to power 175,000 homes in Scotland.

Scotland is particularly richly endowed with tidal and wave resources.   Estimates are than 25% of Europe’s tidal energy potential is off the coast of Scotland.  Tidal energy is not practical in most places, but it is a great energy source where it is.