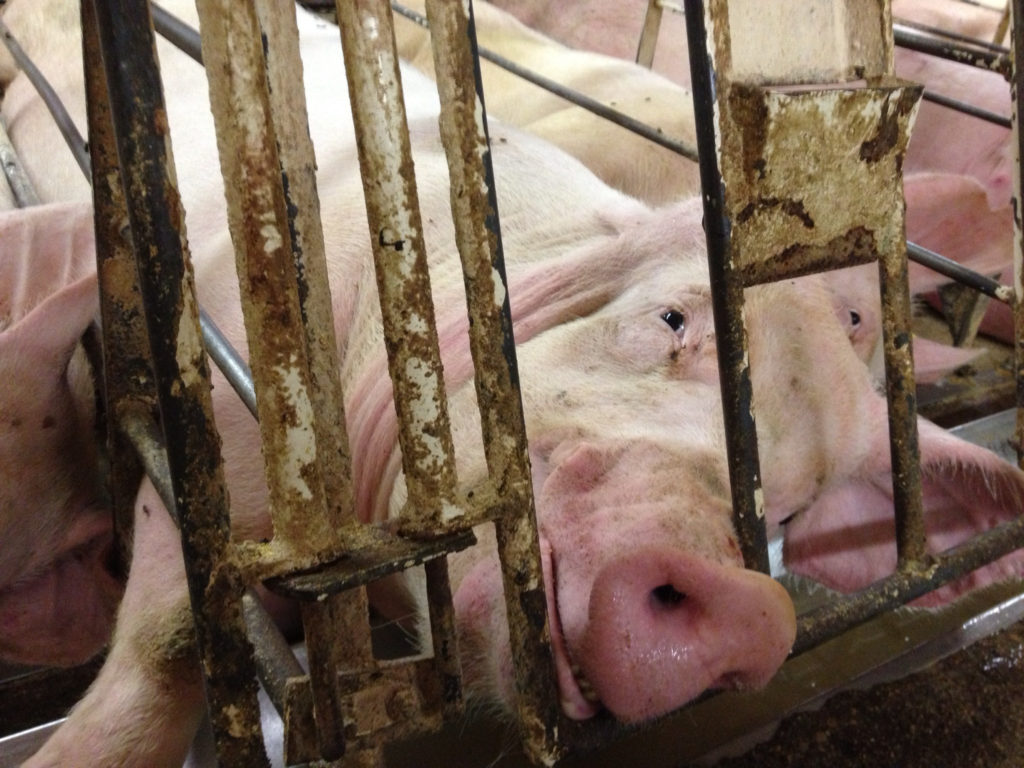 One week from today many of us will head to the polls to make critical decisions about who will represent us in the White House, in Congress, and in state and local offices.  And in several states, people will also vote on the humane treatment of animals.

In a blog post, Michael Markarian, chief operating officer of The Humane Society of the United States, highlights several ballot measures worthy of our attention.

In Massachusetts, voters will decide on Question 3, which would phase out the extreme confinement of veal calves, breeding pigs, and egg-laying hens in small crates and cages.  More than 170,000 Massachusetts voters signed petitions to place Question 3 on the ballot.  With Wal Mart and 200 other major food brands vowing to transition to sourcing cage-free eggs and meats, Question 3 adds to that momentum.

In Oregon, voters will cast ballots on Measure 100, which would help save wild animals, such as sea turtles, rhinos, and elephants, from poaching by ensuring the state does not provide a market for endangered species products to be bought and sold.

Voters in California will weigh in on Proposition 67, which would protect the state’s ban on plastic grocery bags.  Plastics including plastic shopping bags all too often percolate into our waterways, where they’re ingested by wildlife.  Ingesting plastics can prove fatal for animals.

According to Markarian, the Humane Society and allied organizations have been involved in approximately 50 statewide ballot contests since the early 1990s.  And voters have sided with animals about 70% of the time.

Democratic decision-making is a beautiful thing – especially when we can promote the humane treatment of animals in the process.

Are your lawmakers making the grade?

Photo, posted September 7, 2013, courtesy of Mercy for Animals via Flickr.

‘Animal Welfare on the Ballot’ from Earth Wise is a production of WAMC Northeast Public Radio.