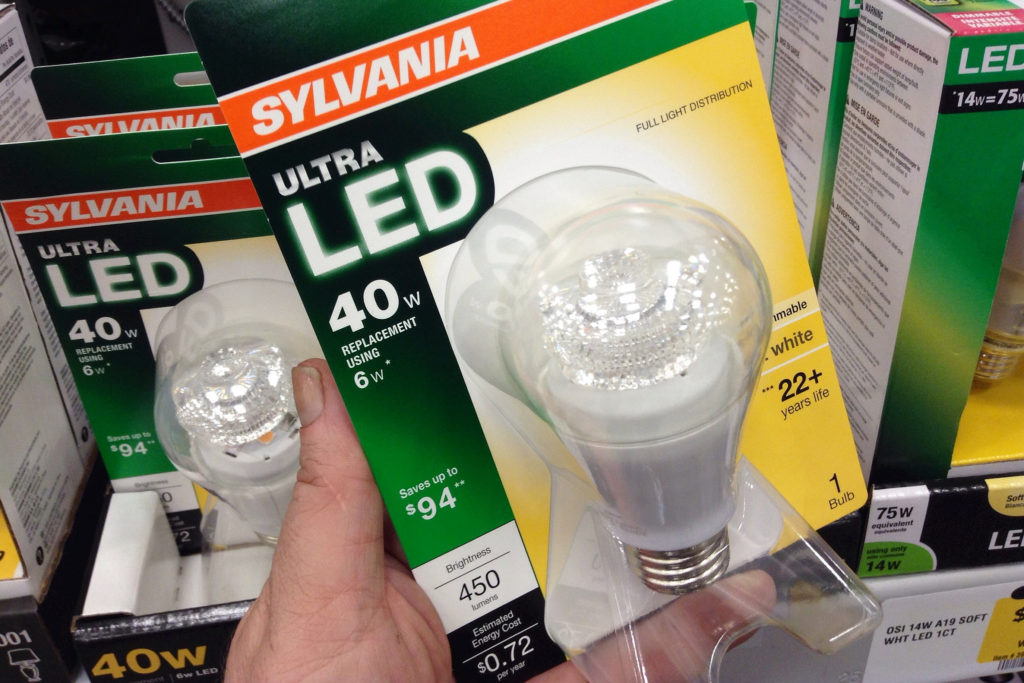 Investment companies like to talk about the disruptive nature of technologies and how they change industries while simultaneously changing our lives.  The growing emphasis on a low-carbon economy has spotlighted a number of technologies as being disruptive in their industry sectors.  One hears this frequently when discussing wind and solar power.  Clearly, these two technologies are changing the face of the utility industry, but at least at present, they still represent a fairly small fraction of the overall business.

One clean energy technology that is truly disruptive and at an unprecedented pace is that of LEDs in the lighting industry.  The finance firm Goldman Sachs calls LEDs one of the fastest technology shifts in human history.

LED light bulbs entered the retail market around 2008, but were only available in small sizes and at very steep prices.  In 2010, sales of the bulbs were negligible.  Since then, the cost of LED bulbs has fallen by 90%.  With their performance and energy advantages, they have upended the lighting market.  By 2020, LEDs will make up nearly 70% of light bulb sales and close to 100% by 2025.

LED bulbs have not only gotten cheaper, they have gotten better.  The amount of light you get from each watt of electricity continues to go up and, in fact, is expected to double from today’s values over the next ten years.  As a result, it only takes a small fraction of the energy it used to take to provide substantial illumination both indoors and outdoors.  They’ve been doing it quietly, but LED bulbs have caused a revolution in the low-carbon economy.

LEDs, Not Solar, Have Transformed Their Industry