You are here: Home / Air and Water / Breeding Dory 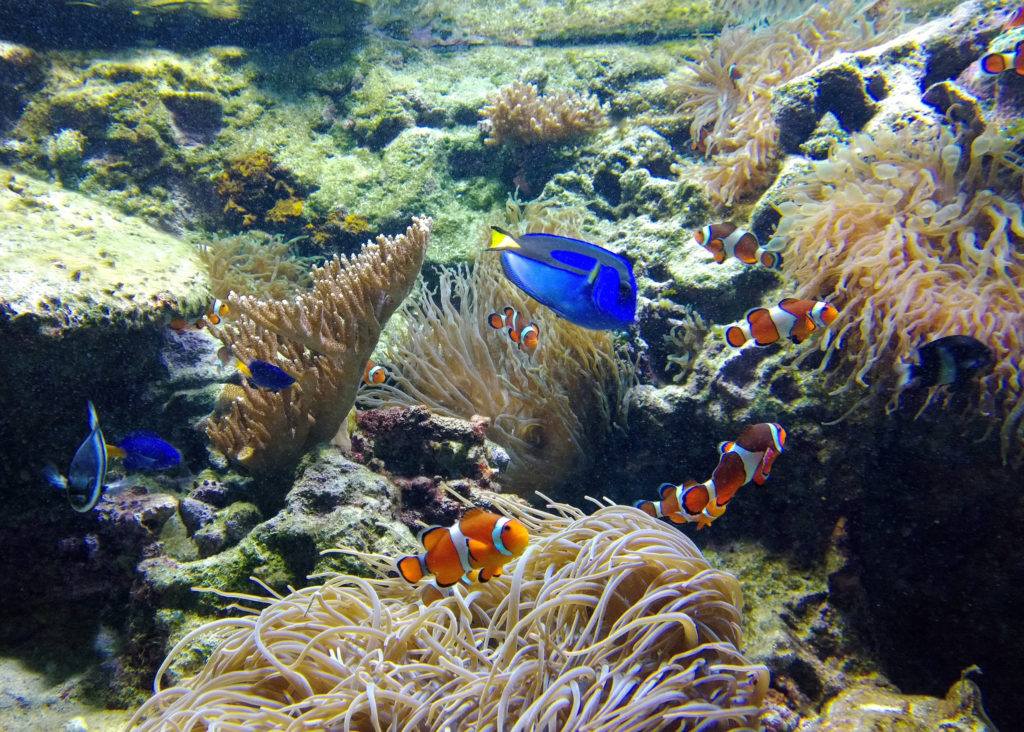 The regal blue tang is one of the most common and most popular marine aquarium fish in the world.  In the U.S., they have been ranked as high as the 10th most imported fish species out of over 2,000 that enter the country.  Apart from aquarium hobbyists, millions of people now associate blue tangs with the character Dory in a couple of popular animated films.

Like many marine aquarium fish, blue tangs aren’t bred in captivity; they are taken from coral reefs across the Indo-Pacific.  Many are taken illegally.  Exactly how many are taken each year is not known but the number is likely to exceed a quarter million.  It is also not known how much coral reef is damaged annually by destructive fishing practices that include the use of cyanide to stun the fish and make them easier to catch.  Finally, it isn’t known how much the popularity of Finding Dory is increasing the sales of blue tangs in aquarium stores.

The species has a high reproductive rate and an extensive range, so it is not in danger of extinction.  But localized overfishing is a serious problem in many places and the effects of harmful fishing practices are significant.

Recently, researchers at the University of Florida Tropical Aquaculture Lab, funded by the nonprofit Rising Tide Conservation, have had some success in breeding blue tangs in captivity.   The challenges included getting the parent fish to spawn in captivity and then being able to feed the larval fishes as they grow.  But they appear to have succeeded.

Successful aquaculture of marine aquarium fish has the potential to turn the tide on illegal, unregulated, and destructive fishing of these colorful creatures.

‘Breeding Dory’ from Earth Wise is a production of WAMC Northeast Public Radio.