You are here: Home / Economy and Policy / Nile Crocodiles In Florida 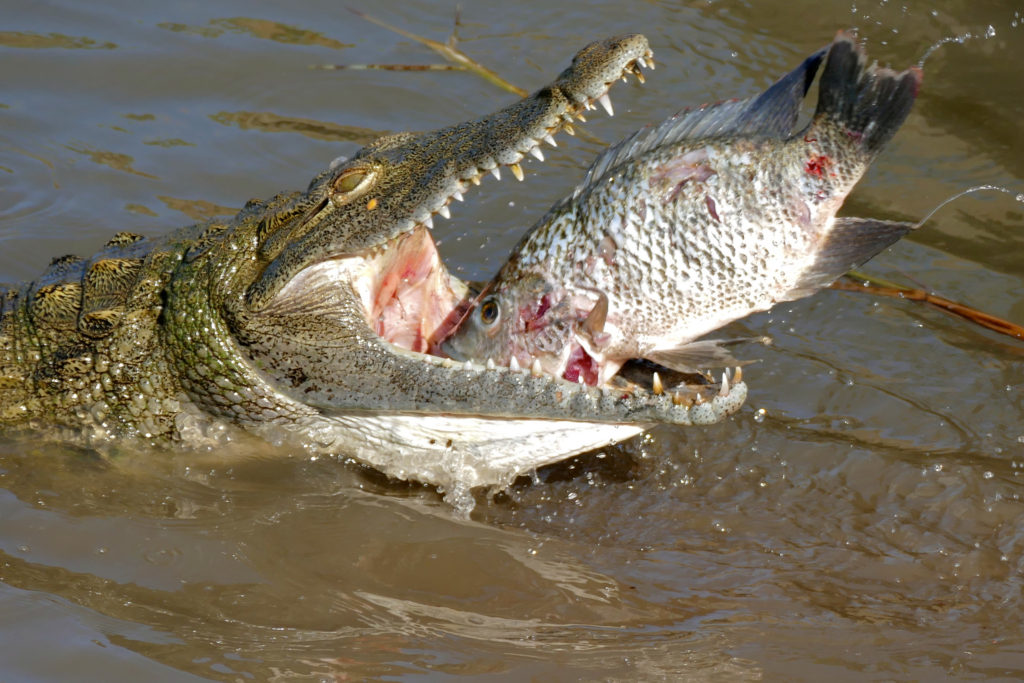 Nobody really knows how many alligators live in Florida.  It’s estimated that there are anywhere from 1.3 million to 2 million alligators in the Sunshine State, which means there’s one gator for every 10-15 Floridians.  It’s this ratio that makes it just about impossible for someone living in Florida not to encounter an alligator at some point.  And if you have seen one recently and thought it looked a little bigger, you may be onto something.

According to a report recently published in the Journal of Herpetological Conservation and Biology, researchers from the University of Florida have confirmed through DNA analysis that three reptiles captured between 2000 and 2014 were Nile Crocodiles.  Two of them were found swimming in the Everglades and one was caught relaxing on a house porch in Miami.

Native to Africa, Nile crocodiles can reach 20 feet in length and weigh more than 1600 pounds.  They eat everything from zebras to hippos to humans.  By comparison, alligators average 8 to 11 feet and weigh an average of 800 pounds.

And while alligators are typically reclusive and avoid humans, Nile crocodiles tend to be aggressive and are responsible for dozens of human deaths every year.  We shouldn’t take comfort in the fact that researchers only found three of them, either.  The co-author of the paper said that the odds that the few people who study Florida reptiles have found all of the Nile crocs out there is probably unlikely.

How did Nile crocodiles get into Florida in the first place? We brought them there.  While some were destined for display at Disney, others were imported to supply the exotic pet trade.  And because a human-eating, 20-foot crocodile doesn’t always make for a cuddly pet, researchers suspect the imports either escaped or were released into the wild.

Just another reason why it’s best to adopt and not shop for our pets.

‘Nile Crocodiles’ from Earth Wise is a production of WAMC Northeast Public Radio.