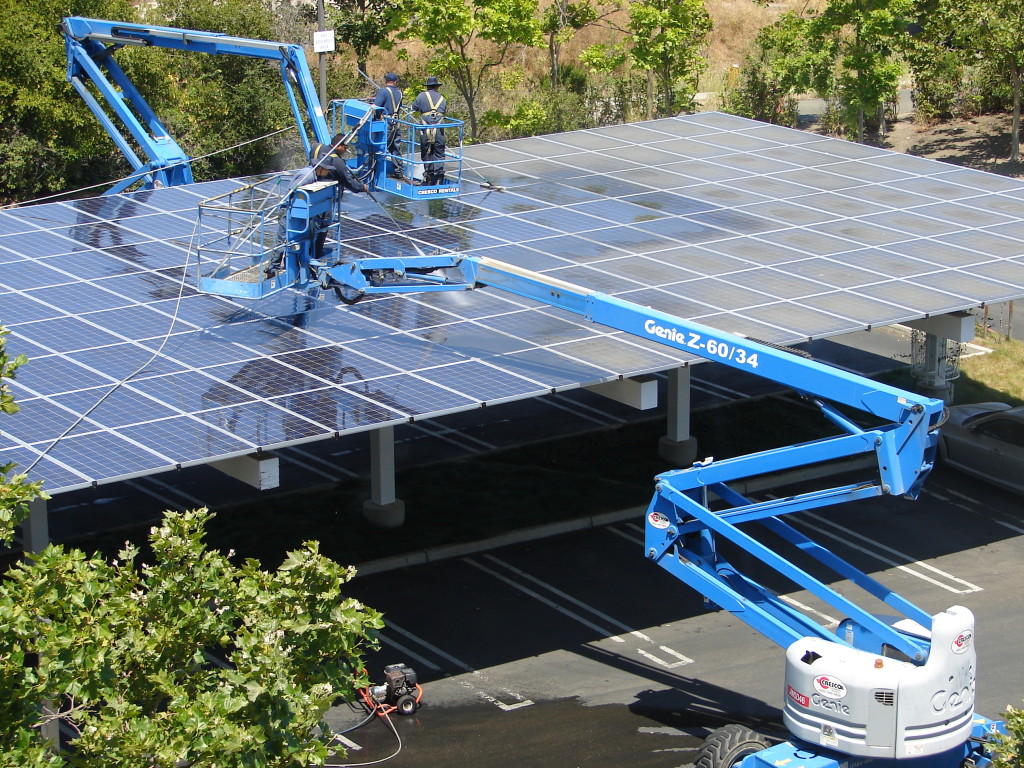 The biggest Internet companies have been embracing renewable energy for years now.  The company that bought the largest amount of clean energy last year was Google, which has three times the renewable capacity of the next biggest user.  Other familiar names in the top ten companies in total wind and solar capacity include Amazon, Facebook, Microsoft, and Apple.  These companies have been ahead of the pack in looking for sustainable ways to meet their substantial energy needs.

In total, businesses made deals to acquire nearly 3.5 gigawatts of renewable energy last year, and nearly two-thirds of that came from first-time buyers.

Perhaps surprisingly, there are a number of long-established companies who have gotten into renewables in a big way.  Among the newbies in 2015 are Owens Corning, Lockheed Martin, and Dow Chemical.  These old-school companies are aggressively moving forward to cut greenhouse gas emissions even though the Obama administration’s Clean Power Plan is currently hung up in the courts.

The pressure to cut back on planet-warming pollution for these companies is not coming so much from the government; it is coming from shareholders.   Company management is hearing from investors that they want the companies to have a strong sustainability mindset.

Prices on both solar and wind power have been falling rapidly and agreements that provide power at predictable prices over time frames of 15 years or more create an attractive opportunity for companies.  Large companies sometimes embraced green causes primarily for marketing purposes.  It always looked look in advertising.  But the economics of renewable energy is becoming an argument that wins on the bottom line.

These Old-School Companies Are Going Big With Solar and Wind

‘Old-School Companies and Renewable Energy’ from Earth Wise is a production of WAMC Northeast Public Radio.