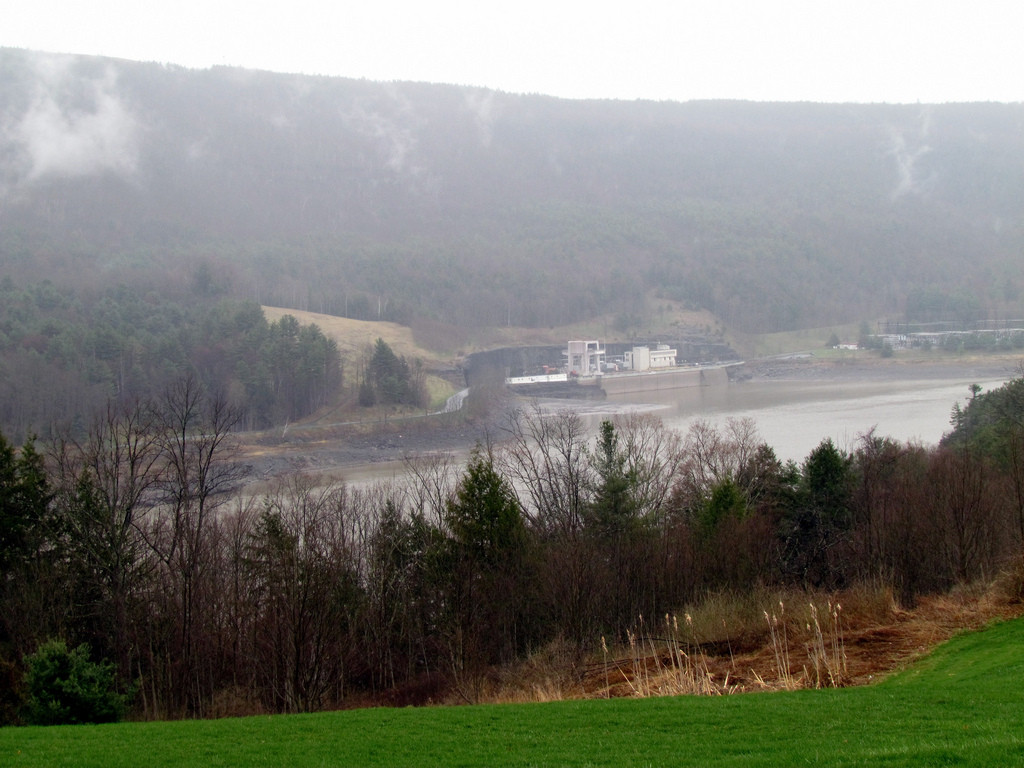 There is much talk these days about energy storage.  As more and more wind and solar power enters the electrical grid, there is an increasing need to be able to store excess energy and have it available when the wind isn’t blowing or the sun isn’t shining.  Much of the talk centers around battery technology, and having storage batteries distributed throughout the grid is the most versatile and widely applicable way to provide storage.

But historically, the mainstay of energy storage is a time-tested 19th century technology:  pumped hydroelectric storage.  Pumped hydro systems make use of pumps and generators that move water between upper and lower reservoirs.  When there is excess electricity – such as from wind turbines spinning during a blustery night – it is used to pump water from a lower reservoir up to a second reservoir at higher elevation.  When more electricity is needed, the water in the high reservoir is released to spin hydroelectric turbines and ends up back in the lower reservoir.

There are nearly 300 of these facilities worldwide that have a capacity of over 140 gigawatts.  There is one near Albany New York at the Blenheim-Gilboa Power Station.  There are over 40 more of these installations being developed around the world.

Pumped hydro installations are expensive to build, can only be built in certain locations, have environmental costs, and don’t have the flexibility of other storage technologies.  However, they are still a mainstay of energy storage and in places where there is excess electricity generation and where it is possible to build them, pumped hydro systems are an important part of the electricity system.

For Storing Electricity, Utilities Are Turning to Pumped Hydro