You are here: Home / Air and Water / California’s Methane Leak 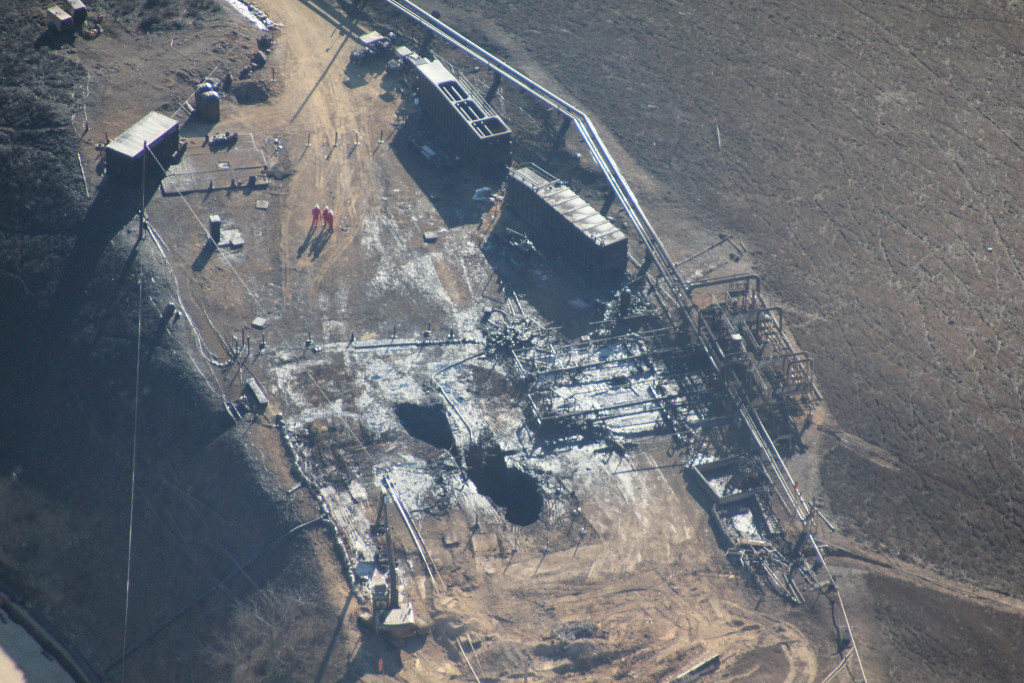 It’s being called the largest environmental disaster in California’s history.  On October 23, 2015, a massive natural gas leak erupted at a storage well operated by Southern California Gas in Aliso Canyon, outside of Los Angeles.  The leak has forced more than 2,800 families from their homes, and to make that worse, they have no idea when they’ll be able to return.

That’s because the leak is still ongoing and SoCal Gas estimates that it won’t be stopped until the spring at the earliest.  Numerous attempts by engineers to plug the leak have been unsuccessful.  Company engineers decided the only solution was to build a relief well, a solution that is laborious in its own right.

Methane is the main component of natural gas.  Molecule-for-molecule, methane warms our planet’s atmosphere about 25X more than carbon dioxide.  At the Aliso Canyon site, the Environmental Defense Fund (or EDF) estimates that 62 million standard cubic feet of methane is leaking per day – this daily leakage has the same 20-year climate impact as driving 7 million cars a day.

As of January 12, the EDF estimated that more than 82 thousand metric tons of methane have escaped from Aliso Canyon.  That’s the same environmental impact as burning 780 million gallons of gasoline.

There is some good news to report.  The Environmental Protection Agency is working on national rules that will, for the first time, regulate oil and gas methane emissions.  But the rules will only apply to facilities built in the future and not the facilities in operation today.

The Aliso Canyon leak is a reminder of how critical it is to do everything we can to ensure that natural gas stays in the pipeline – not in the air.