You are here: Home / Climate Change / Storing Energy As Ice 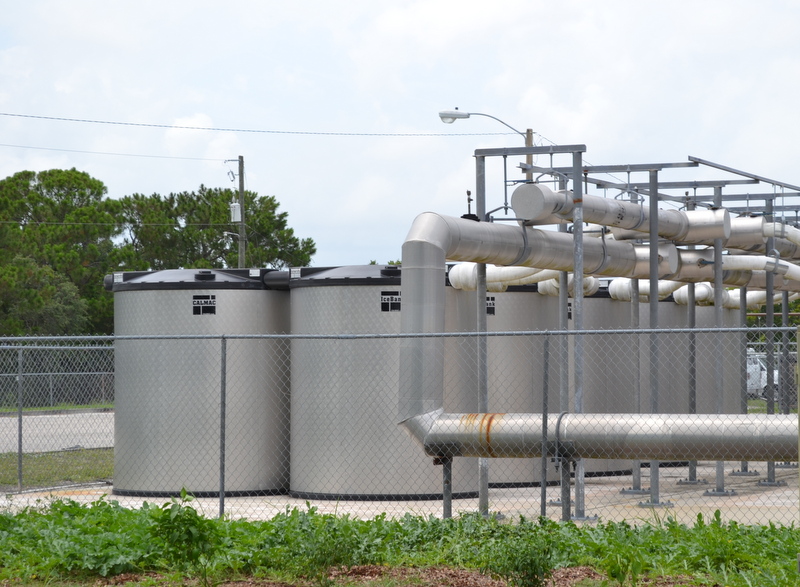 One of the challenges of operating the electricity grid is that there are times when everybody wants more electricity than usual – like during a hot afternoon in August – and the system struggles to keep up with the increased demand.

One way that this peak electrical demand can be managed is through the use of energy storage.   If customers have their own supply of electricity on hand when they need extra, they don’t have to call on the grid to come up with the excess power.

We hear more and more about battery-based energy storage, and it is without a doubt on the rise.  However, there is another way to beat the need for extra electric power associated with summer heat:  ice storage.

The basic idea is that at night, when power is cheap and plentiful, a building can run a special chiller unit that produces a large quantity of ice.   The next day, when the weather heats up, the ice can be used to chill the air instead of running a power-hungry air conditioning compressor.  The result is a building that is cool and comfortable and greatly reduced demand for electricity from the grid.  The energy used to make the ice is effectively stored to be used to cool the building on the next day.

There are several companies producing ice storage products.  While many have been sold on an individual building basis, utilities are also making use of technology.  Southern California Edison is going to install a few thousand ice storage units in Orange County, C.A., which they expect will bring about a significant reduction in peak electricity demand in that area.

When It Comes To Energy Storage, Don’t Leave Ice Out In The Cold