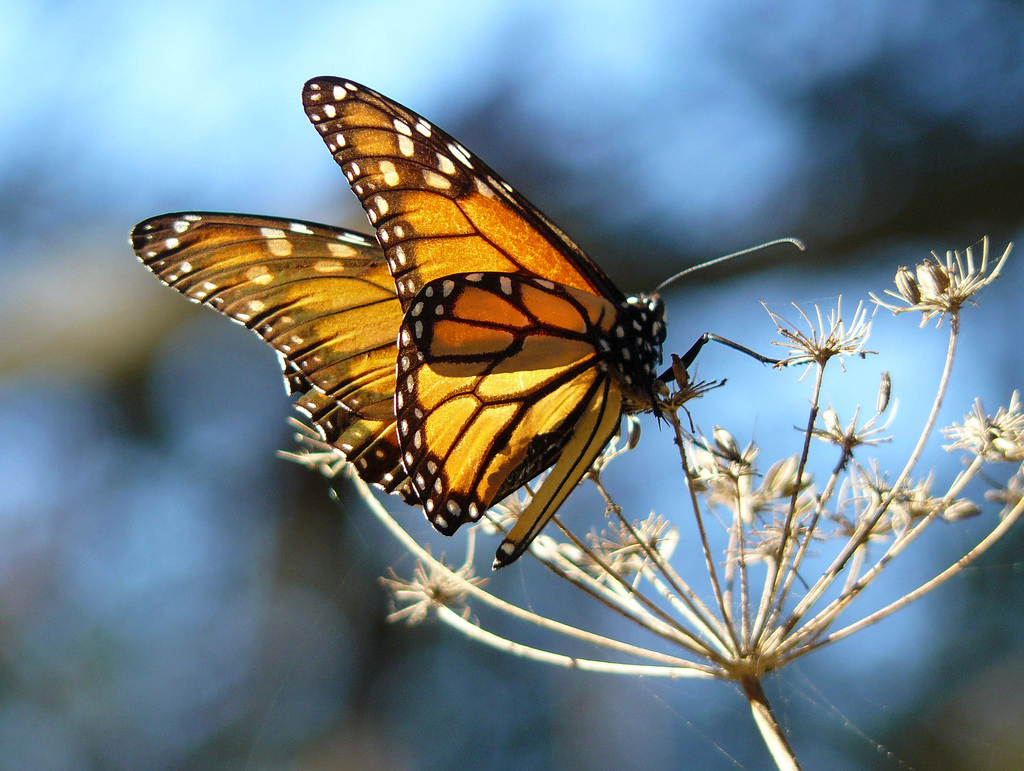 We have talked about monarch butterflies before. The orange and black butterflies are often used in school lessons about insect ecology. Monarch caterpillars forage exclusively on milkweed; in the process they acquire foul-tasting chemicals that ward off predators. In late summer, monarchs living in the Eastern U.S. migrate to overwintering grounds in Mexico.

Habitat loss, herbicides, and invasive species have all played a part in diminishing this once common species. East of the Rockies, monarchs have declined by more than 90% since 1995. Loss of overwintering habitat is part of the problem. A bigger threat, however, is the widespread decline of milkweed due to herbicide use on corn and soybean crops.

Unmanaged, swallow-wort can take over open habitat, choking out native plants. Because swallow-wort is in the milkweed family, it’s especially problematic for monarchs. Plants give off cues that trick a small but significant percentage of monarchs into laying their eggs on them. When the eggs hatch, larvae die.

Manually digging up swallow-wort can be effective but is labor intensive.  Cut plants should be burned or bagged and landfilled – not composted. Mechanical mowing can reduce spread if it takes place before seeds mature. On large patches, herbicides remain the most effective control.

–This segment was adapted from an essay by Mike Fargione.