You are here: Home / Health / Trouble For Vultures 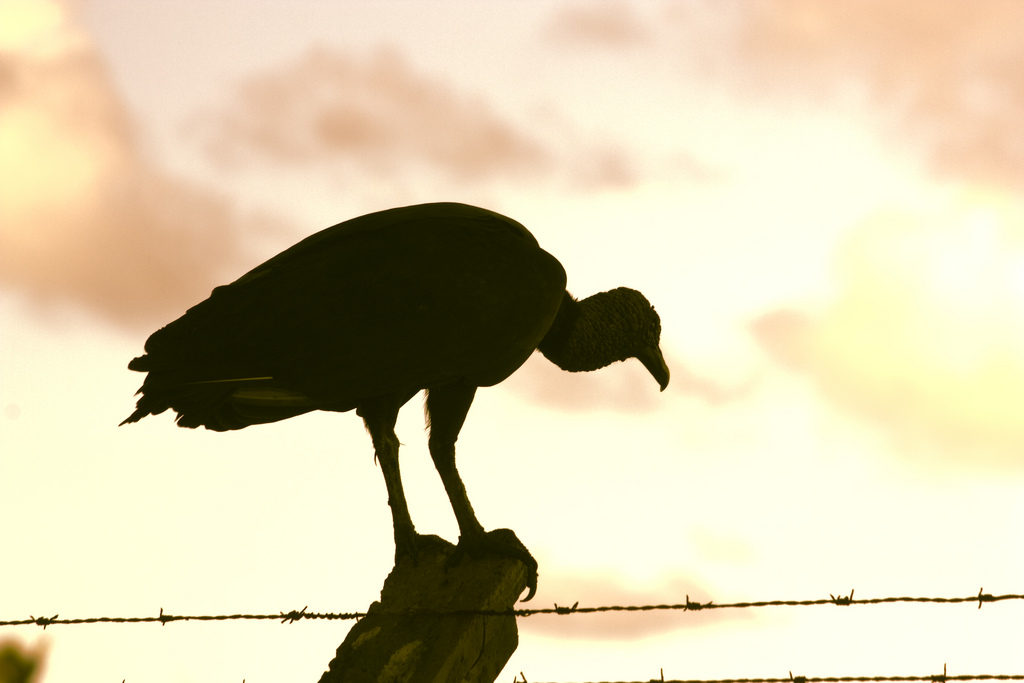 When we think of vultures, we picture big, ugly birds circling over a carcass in the desert.  They are a stereotypical harbinger of death.  But in many parts of the world, vultures are in danger of disappearing.  Our knee-jerk reaction might well be “good riddance”, but as is the case for pretty much all participants in ecosystems, vultures have an important role to play.  And when they aren’t around to play that role, bad things can happen.

The main threat to vultures, according to a new report in Biological Conservation, is the presence of toxins in the carrion they consume.  Poisoned carcasses are a serious threat because dozens or even hundreds of vultures can feast on a single carcass.  Sometimes these toxins are present because people were using them to kill animals.  In the 1990s in India, a veterinary drug given to cattle turned out to be deadly to vultures who fed on cattle carcasses and decimated the vulture population.

In many places, vultures eat more meat than all other predators combined.  When vulture populations decline, other scavenger populations increase to take advantage of the uneaten carrion.  Species like crows, rats and feral dogs become abundant.  Whereas vultures’ powerful digestive juices kill of nearly all bacteria and viruses that are present in carrion, these other scavengers instead can spread diseases such as rabies as a result of feeding on the carcasses of rabid animals.  This happened in India in the 1990s and a rabies outbreak there killed nearly 50,000 people.

Basically, vultures serve as a barrier to prevent diseases from proliferating in dead animals and spreading to humans.  Their threatened survival is bad news.

Why vultures matter, and what we lose if they’re gone

‘Trouble for Vultures’ from Earth Wise is a production of WAMC Northeast Public Radio.